What has COVID-19 shown us about women and leadership? 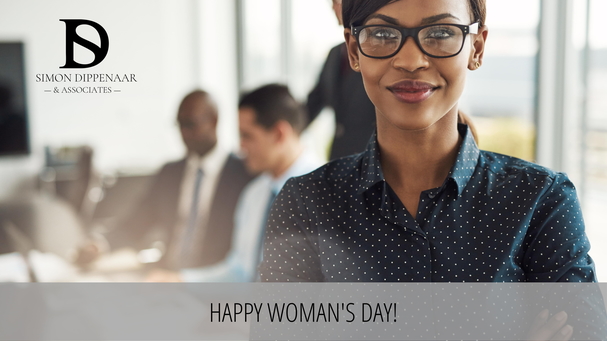 Women’s Day in South Africa commemorates, as everyone knows, the historic march on the Union Buildings in 1956 by 20,000 women in protest against the discriminatory pass laws of the day. The march, which was entirely peaceful and included half an hour of standing in complete silence, was a compelling act of dissent against white male-dominated oppression. Women’s Day is meant to celebrate the power of this act and the influence this gesture had on the political climate of the day.

Yet, 64 years later, the narrative around Women’s Day has degenerated to a mealy-mouthed salute to the feminine aesthetic and a reinforcement of stereotypical female roles. Listening to a radio presenter going on about his wife this morning, and how wonderful she makes his life, I couldn’t help but wonder what her life is like, forever having to bolster his ego. Online Women’s Day messages are cringe-worthy: “Spring and women have much in common. They both are about flowering, revival, inspiration and beauty. Wish you to stay young, fresh and feminine 24/7. Happy Women’s Day!” “Dear and beloved women! I wish that this wonderful holiday reminds you of the joy of motherhood and of happiness in marriage. It’s Women’s Day today so let yourself enjoy being women in full!”

This portrayal of women is far removed from the force, eloquence and leadership demonstrated by those women in Pretoria in 1956, which got me to thinking about leadership, COVID-19, and the best examples of command and authority we’ve seen globally over the past few months. I don’t think I’ll upset anyone by saying Donald Trump doesn’t make the cut – not by a long shot. But which country has led the world in taking swift, decisive action to control the pandemic at an early stage? New Zealand, led by Jacinda Ardern.

Not all great leaders are women, but bad leaders tend to be men

Of course not all countries that have managed the crisis responsibly are led by women. That would be statistically unlikely as there are far fewer female than male leaders in the world today. And not all men are bad leaders. It would be just as sexist to say that as to claim that “all women are bad drivers”.

But it is notable that the worst cases of incompetent leadership involve men…Donald Trump, Boris Johnson, Jair Bolsanaro; and some of the best-handled countries are led by women…New Zealand, Germany, Scotland (in the case of COVID-19, the four countries of the UK are governed by their devolved governments, so Boris Johnson is only responsible for England. Scotland’s First Minister is Nicola Sturgeon, and there is strong consensus that Scotland has weathered the pandemic far better than England).

How to make it in a man’s world

If we look back to some of the pioneering women leaders of nations, such as Golda Meir, Margaret Thatcher, Indira Gandhi, Queen Elizabeth I, they were admired (if not liked) for being tough. They were “like men”. That was the only way for a woman to gain any purchase in a male-dominated political environment. Modern women in power are more likely to succeed by channelling their soft skills – their so-called feminine side. Many of the behaviours that make exceptional leaders are more typical of women than men. However, dominant male behaviours are more effective at getting people into leadership positions in the first place. According to Tomas Chamorro-Premuzic and Cindy Gallop, writing in the Harvard Business Review, “…gender differences in leadership effectiveness (what it takes to perform well) are out of sync with gender differences in leadership emergence (what it takes to make it to the top).” They say there are a number of leadership lessons men can learn from the average woman. Note…not just from Jacinda Ardern and Nicola Sturgeon, but from the average woman.

(Don’t) take it to the limit

Women (and I know this is a broad generalisation, but evidence bears it out) know their limitations. This does not mean women lack self-belief; rather it means they avoid the trap of over-confidence. Chamorro-Premuzic and Gallop say, “The only reason to be utterly devoid of self-doubt and insecurities is delusion.” Now who does that sound like? Women are better at putting the team ahead of themselves. Men’s leadership style is often narcissistic and self-centred. Women are more empathetic, and make a stronger emotional connection with their followers. Is this why New Zealanders were willing to endure a very hard lockdown (almost as hard as ours!) when the virus had barely touched their shores – Ardern had connected with them emotionally? Quite probably. Many of our friends in Scotland talked about “Nicola doing a good job”. Did anyone in England refer to “Boris”? Probably not, or not affectionately anyhow.

Female leaders are more likely to be humble than their male counterparts, as humility is intrinsically a feminine trait. Humility enables leaders to acknowledge mistakes, learn from experience, take others’ views into account, and be willing to change. It’s hard to avoid mention of Trump again. I can’t imagine him ever doing any of this.

Be a part of the generation that ends gender inequality

The theme for Women’s Month 2020 is “Generation Equality: Realising Women’s Rights for an Equal Future.” As she announced it, Minister for Women, Youth, and Persons with Disabilities, Maite Nkoana-Mashabane, called on South Africans to “Be a part of the generation that ends gender inequality”. That’s a big ask, not because it’s unachievable, but because it is vague. “Play your part in ending gender-based violence” is clear. It’s easy to identify actions that will reduce GBV. Ending gender inequality is harder, because inequality happens not only at a structural level but at an attitudinal one.

No one wanted COVID-19, and no one would wish it on the world again. But there are many lessons that can be learned from this pandemic and the way the world’s leaders have responded. One of them is the value of gender equality in leadership. When the history books are written about 2020, there will be very clear winners and losers in the COVID-19 stakes. And most of the winners have women leaders. Men need to learn different leadership approaches from women, rather than women being instructed to learn leadership tactics from men.

True gender equality will only come about when we dispose of stereotypes and acknowledge gender differences for what they can teach us. So-called soft skills, most commonly associated with women, might be the only thing that allows this world to survive.

Men and women are not identical – but they are equal. Happy Women’s Day everyone.