Notice to South Africans: Please visit sacoronavirus.co.za for up to date information on the COVID-19 outbreak.
Blog | Women's Day | Women in the workplace: How equal is equal?

Women in the workplace: How equal is equal? 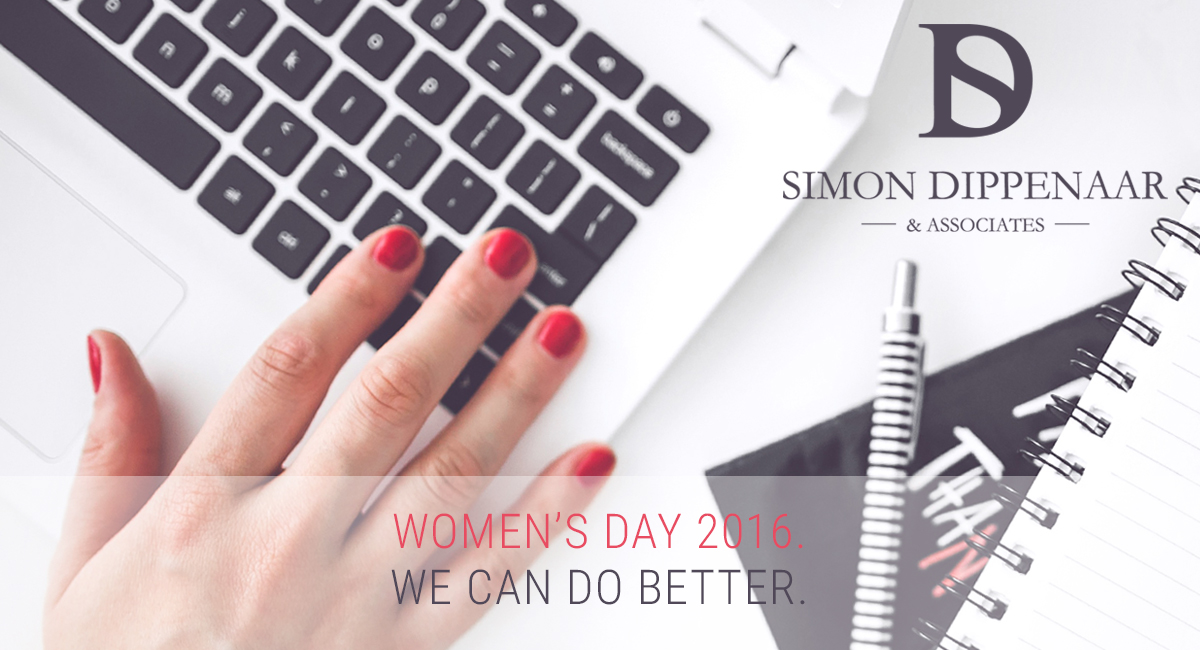 Women – It’s hard to believe, but it has been 60 years since that famous march on the Union Buildings by women protesting against unjust pass laws. So much has changed for the better in our society since then. We have one of the most progressive constitutions in the world, enshrining equal rights and justice for all in law, regardless of gender, race, sexual preference, etc.

But what is the lived reality for South African women in 2016? The fact remains that women are still excluded from many opportunities available to their male counterparts. Poor education, lack of confidence and structural barriers keep them out of the workplace or in low-paid jobs. 84 per cent of female employment is in the services sector and women dominate lower earnings categories. Given that many women are sole breadwinners for their families, this is a serious situation.

Why are women often paid less than their male counterparts? The legislation is in place to protect all workers; and it’s being extended and modified all the time. But a sincere intent on the part of employers is now required to bring women more actively into the economy.

For centuries, women have been expected to be ‘pregnant and barefoot in the kitchen’. Thanks to socio-cultural conditioning, even the most liberal of male employers sometimes finds it difficult to choose a woman over a man, faced with two equally qualified candidates.

This scenario is particularly common in South Africa; our history and aspects of our culture ensure that women are (in the main) coming second in the human race.

‘Equal pay for work of equal value’ refines the term ‘equal pay for equal work’. In other words, there is now legislation to ensure that employees doing similar if not identical work are paid the same. It is designed to prevent discrimination on the basis of gender or other factors by measuring the value of the work produced rather than the actual tasks completed.

For example, a hotel porter (male) might be paid more than a hotel chambermaid (female); but essentially their work is of equal value so they should be paid the same.

The Draft Code of Good Practice on Equal Pay for Work of Equal Value, 2014, is another step on the road to equal pay. An assessment of whether or not the work is of equal value is carried out based on factors such as responsibilities, skills, qualifications, expertise and effort (physical, mental and emotional) and remuneration is allocated accordingly.

The glass ceiling – how thick is it?

How does South Africa compare to the rest of the world in terms of workplace gender equality? Not too badly, if you look at the global figure – in fact, we’re on a par… 24% of senior roles in business are held by women world-wide and in South Africa.

But once a woman crashes through the glass ceiling, is she going to be paid fairly? The law upholds the principle (e.g., the South African Employment Equity Act, 2013; the Women Empowerment Gender Equality Bill, 2014; the Constitution of South Africa) but implementation is not straightforward.

Perceptions need to change and no amount of legislation is going to do that; women still need to work hard for their position in society.

The road ahead – what can government do to empower women?

Education, public transport, childcare facilities, adequate housing, after-school care, access to healthcare, protection from domestic abuse and gender-based violence are all critical enablers that will help women take their rightful place in the world of work. Legal structures exist to ease the burden of poverty, inequality and lack of employment opportunities; but many women are still unaware of their rights.

What can business do to improve the situation?

The barriers to women’s advancement are being broken down, but more training, apprenticeships and mentorship programmes (not just for women) are required in almost every sphere of employment. Business needs increased sensitisation to the needs of female employees, especially single parents and those with family responsibilities. A change in mind-set is needed to open up the marketplace.

What can you do?

Successful women are role models who can encourage and educate others, particularly young women and girls, but women can also help each other with good support systems and peer-to-peer mentoring.

What about the unemployed millions?

Many South African women are uneducated, poor and located far from facilities that could enable them to achieve a better life. They are under-valued in society and frequently lack self-esteem. Yet they often posses tremendous strengths that could and should be developed for the greater good. There are many excellent government and NGO programmes helping to develop women’s skills and foster sustainable livelihoods, but more needs to be done.

If you think you’ve been unfairly treated

The legislation surrounding labour relations is complex and difficult to navigate. If you think you have been unfairly treated at work or have suffered inequity in pay, you should seek professional advice. At Simon Dippenaar & Associates we are experts in labour law and can ensure your rights are protected.

This entry was posted in Women's Day and tagged in labour legislation, women, women’s day.