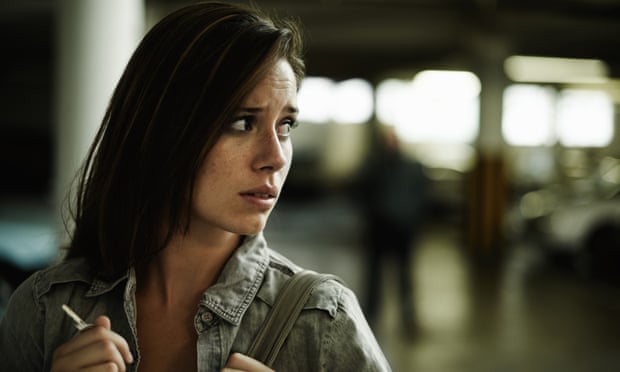 You may have heard the shocking story of Sarah Everard, a London woman who went missing and was later found dead, a police officer arrested on suspicion of her murder. She was walking home from a friend’s house around 9.00 in the evening, an act that should be perfectly safe (in London, if not in South Africa). In the wake of this, the Metropolitan Police were quick to tell women how to change their behaviour to avoid risk and stay safe. But why should women constantly have to do this? Where is the responsibility of men for their actions? One man used Twitter to ask what he could do to help women feel safe. Tips flooded in from women.

Social media has been flooded with women sharing their experiences of having felt unsafe in public, as well as advice for men on how to help prevent this, in the wake of Sarah Everard’s disappearance.

The 33-year-old marketing executive vanished after leaving a friend’s house in Clapham, south London, at about 9pm last Wednesday. A serving Metropolitan police officer has been arrested on suspicion of her murder, with a woman arrested at the same location on suspicion of assisting an offender.

After the Met told women in Clapham not to go out alone, many took to social media to reflect on how women are repeatedly expected to change their behaviour and reduce personal risk, shifting responsibility away from the decisions and actions of men.

Everard’s disappearance prompted an outpouring from women deeply distressed by the story, expressing that they did not feel safe and sharing their own experiences of sexual harassment, abuse and being made to feel scared and unsafe in public spaces.

And this was often despite them having gone out of their way to avoid potentially unsafe situations, many pointed out. Examples of female hypervigilance include taking lengthy detours and sticking to well-lit streets, talking on the phone as a deterrent, clutching their keys, and wearing comfortable shoes in case they need to run.

Anna Yearley, the joint executive director of the legal action NGO Reprieve, tweeted: “For all those women who text their mates to let them know they got home safe, who wear flat shoes at night so they can run if they need, who have keys in their hands ready to use, it’s not your fault. It never is. So many of us have stories of being assaulted. It’s never our fault.”

The resonance of Everard’s case also spurred a conversation online about what more men, particularly if they find these stories surprising, can do to be more effective allies. It has prompted tips being shared on how men can adapt their behaviour so their presence does not make women feel uncomfortable.

Stuart Edwards, who lives close to where Everard disappeared, asked what he and other men could do to make women feel more safe. In his tweet, which soon went viral, he said: “I live less than five minutes from where Sarah Everard went missing. Everyone is on high alert. Aside from giving as much space as possible on quieter streets and keeping face visible, is there anything else men can reasonably do to reduce the anxiety/spook factor?”

Tips flooded in from women appreciative of him for asking the question that more men should be asking the women in their lives, including not walking too closely towards or behind a woman, the latter of which can make her feel as though she may be being followed. One woman noted that picking up speed is a sign of fear, so men should fall back, give her space and cross to the other side of the road, particularly if they need to overtake.

“That realisation that a man is blocking your path is scary,” one woman added, so it was also important not to block alleyways, underpasses or narrow pathways, and to wait until a woman has passed through safely. Being audible, for instance speaking on the phone or announcing “runner/biker on your left/right”, so your presence is not a surprise and lets a woman know you are there, was another suggestion.

Men should be active bystanders and intervene if a situation looks odd or someone looks scared or uncomfortable. One woman said: “Even just shouting: ‘Hey Jane is that you?’ might defuse something.” Calling out problematic behaviour from their friends and sharing these tips was also deemed significant if wider attitudes were to change.

Another woman said men should offer to walk female friends home. She wrote: “If a female friend asks for you to accompany them on what you would normally consider a safe journey, never judge them or tell them they’re being dramatic. Trust me, we wish we could go alone!”

SD Law is a law firm of family lawyers in Cape Town deeply committed to the fight against gender-based / domestic violence. If you are affected by these issues, either directly or indirectly, contact Simon on 086 099 5146 or email sdippenaar@sdlaw.co.za today.

This entry was posted in Gender-based violence, Sexual Harassment and tagged in Cape Town Lawyer, Family lawyers, no violence against women & children.