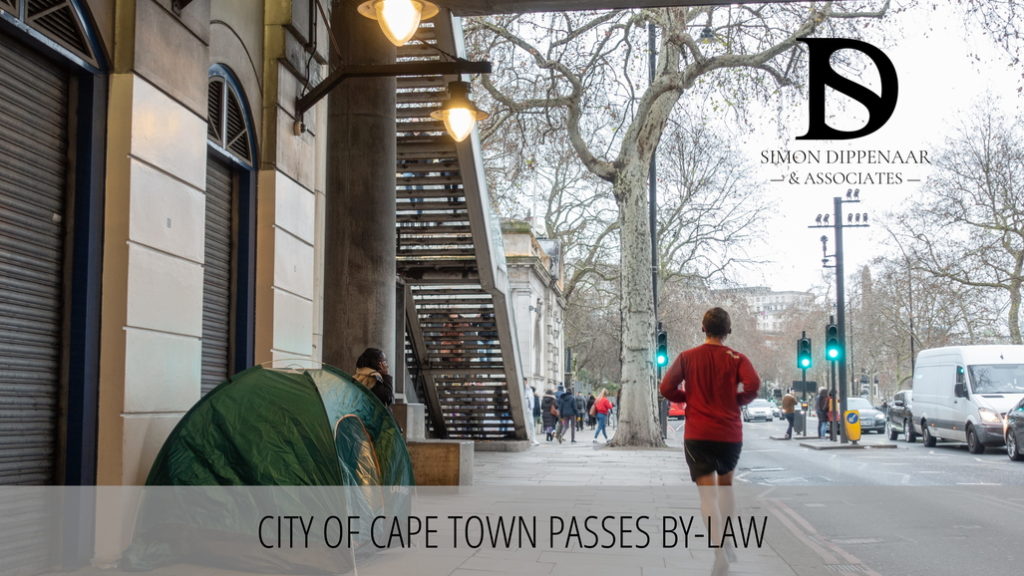 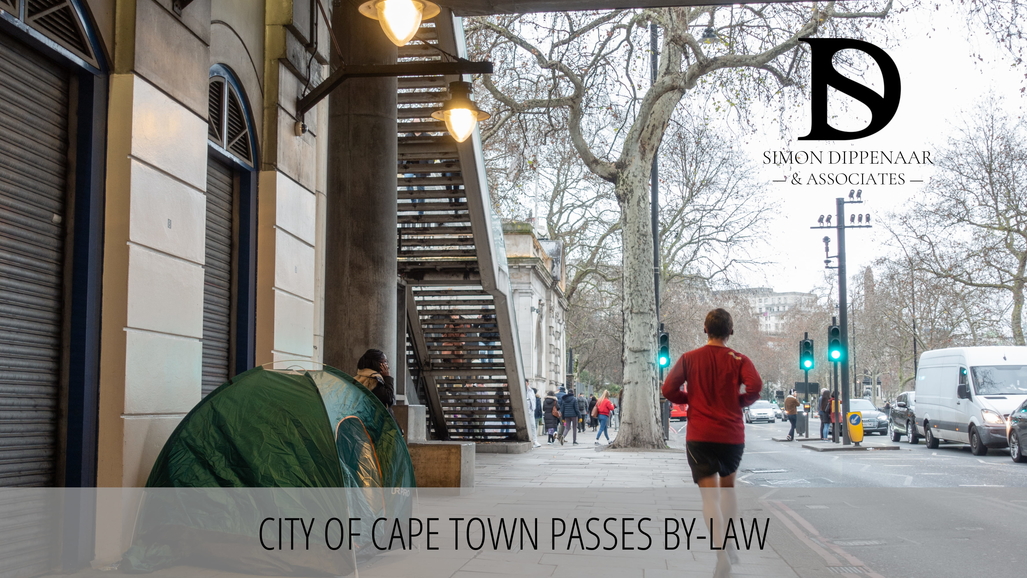 Housing activist groups have condemned the Unlawful Occupations By-law which was passed by the City of Cape Town on Wednesday, saying that it will criminalise people in need of housing and those living in shacks.

An amended Streets, Public Places and Prevention of Noise Nuisances By-law was also voted on and passed. This by-law provides for compliance notices to be issued to people sleeping in public places. The by-law states that they must be offered alternative shelter, and that they are committing an offence if a reasonable offer for shelter is refused.

On Wednesday, over 50 people from housing activist groups Reclaim the City, Ndifuna Ukwazi and the Housing Assembly protested outside the Cape Town Civic Centre. Their intention was to put pressure on the City Council while it voted on the Unlawful Occupations By-law. The by-law was passed during the protest.

This by-law “specifies the conditions under which a structure can be dismantled to protect land from illegal occupation”. Under the by-law, City officials would be able to dismantle the structure and impound the occupier’s possessions if it is on land under the City’s control or if the structure is “not yet capable of constituting a home” on any other land. Those convicted under an offence of the by-law could face fines or imprisonment.

Karen Hendricks from Reclaim the City questioned whether the by-law was constitutional and said it contradicted the PIE Act (Prevention of Illegal Eviction from and Unlawful Occupation of Land Act) which prevents unlawful evictions and describes the procedures for evicting unlawful occupiers.

In a statement on Wednesday, the City said the by-law would address “large gaps” in the PIE Act. The objectives of the by-law are to “prevent the unlawful occupation of land and buildings” and to “monitor, control, and regulate the growth of informal settlements within the city”, the statement said.

“The by-law explicitly sets out existing powers of law enforcement to protect land and buildings from unlawful occupation, but does not grant new powers nor sanctions, other than what already exists in law,” the statement said. The by-law “supports the City’s discretion to act on behalf of private landowners and other entities when unlawful land occupation attempts occur”.

Hendricks said that the by-law would displace landless people and people living in informal settlements and occupations in Cape Town. “The by-law essentially gives the City of Cape Town’s officials the power to constitute what a home is,” she said.

After the by-law was passed, Buhle Booi from Ndifuna Ukwazi, addressing the crowd, said that it would criminalise those living in shacks. “If my home is a shack then it is not a home enough,” he said.

Sibusiso Xabangela from the Housing Assembly said that it is wrong that under the by-law “a city official will determine if a structure is worth being called your home”. He said that people often had no choice but to occupy land. He said land occupations are caused by overcrowding in homes, unaffordable rent, the pressure of Covid-19, and job losses.

“The City is trying to find loopholes on how they can demolish our houses,” said Xabangela.

But there is also support for the by-law. One message in circulation on neighbourhood WhatsApp groups reads: “It is crucial that affected communities being overrun by illegal land occupations and those experiencing the negative effects of homeless people setting up camps on verges, sidewalks, public spaces and parks support the passing of these two by-laws which aim to reverse area investment killing decay.”

The message calls for people to ask their local ward councillors to support the two by-laws by voting in favour of them in Council. “Give them the encouragement to boldly vote for your rights to a safe and clean environment where law and order is restored equally for all.”

Simon Dippenaar & Associates, Inc. is a Cape Town law firm of specialist eviction lawyers, now operating in Johannesburg and Durban, helping both landlords and tenants with the eviction process. Contact one of our eviction attorneys on 086 099 5146 or simon@sdlaw.co.za if you need advice on the eviction process or if you are facing unlawful eviction.

Previous post:
« To jab or not to jab?
Next post:
Court rules in favour of consumer in credit case »