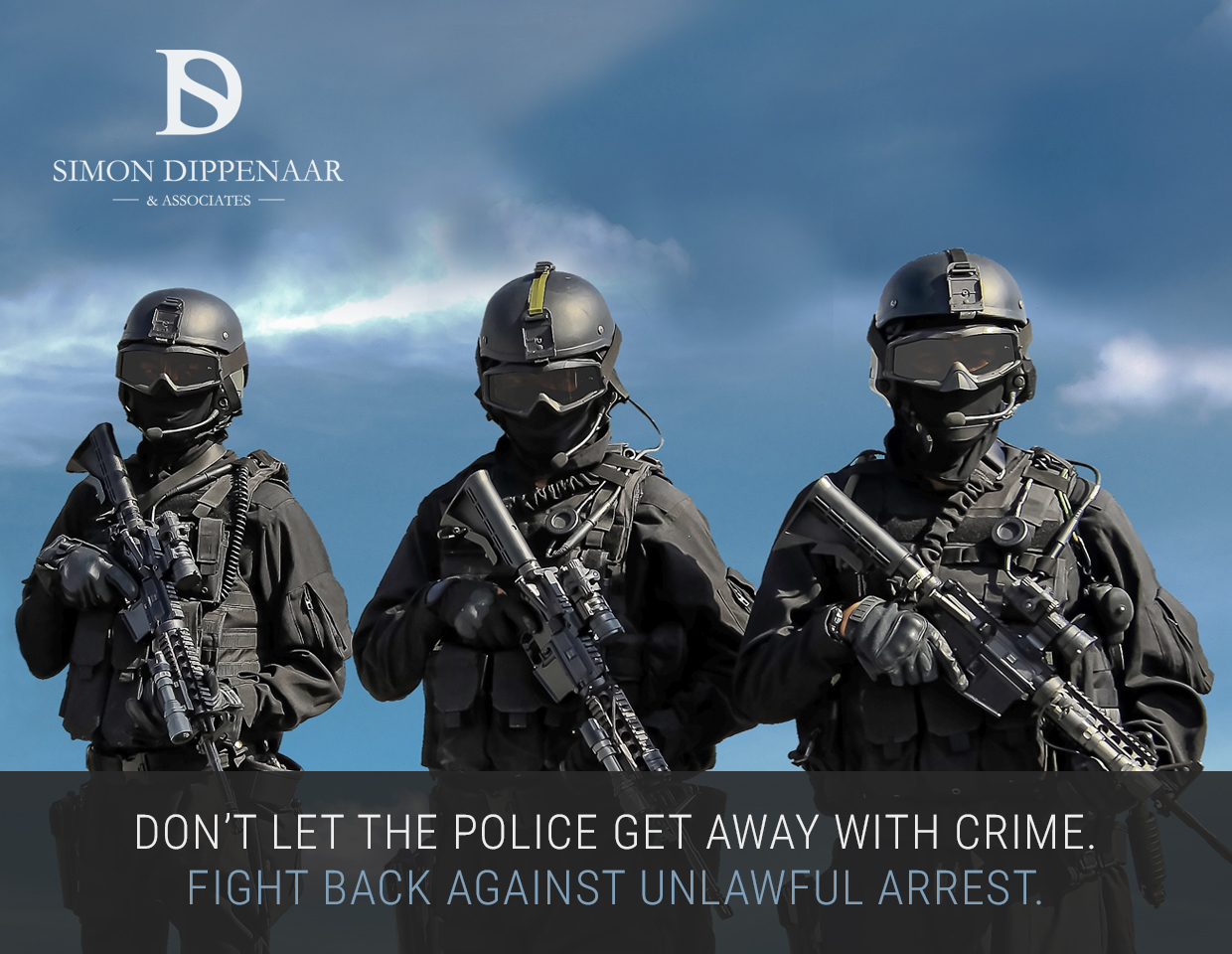 Few things are more traumatic or humiliating than being arrested – you can find yourself in a situation you are totally unprepared for; and if the arrest is unlawful, the distress is even greater. The following information tells you what to expect and how to handle the process, if you are unfortunate enough to find yourself in that position.

What is ‘unlawful arrest’?

Under normal circumstances, an arrest may be made only if a warrant has been issued. If the arresting officer has reasonable grounds to arrest someone, then the warrant can be dispensed with, but the police officer/s must be able to justify their actions. If there is no justification, this is ‘unlawful arrest‘.

What to do if you are arrested unlawfully

We suggest you make detailed written notes, if possible, regarding every aspect of the incident. Under stressful conditions, you might forget something. It’s better to have too much detail than too little. Note the following:
Every conversation between you and the officer/s involved should be recorded

What are your rights?

When you are arrested and taken to the police station, you will be given the opportunity to make a phone call. You should use your one phone call to call a criminal defence bail attorney (like SD Law & Associates) or to call someone who will contact us on your behalf. When the criminal defence attorney arrives at jail, the bail application procedure begins. The attorney will negotiate the bail price for you.

What to do if you are treated badly by the police

Most of us are more than a little afraid of breaking the law and even more concerned about getting on the wrong side of a police officer, but situations can spiral out of control and resistance can result in injury. If the police use force or threaten the use of force, this is an assault. Assault includes verbal, physical and psychological attacks.

If this happens to you, try to gather the following information, preferably at the time of the assault:

It is important that you report the crime. Visit your nearest police station, report the assault and lay a charge against the officer/s involved. If the assault happens while you are in the police station, you may feel your charge will not be heard. Make the report anyhow and be sure to advise your lawyer of exactly what you said and how you were treated when you attempted to lay the charge.

You are also entitled to medical attention. When you report the assault, the police officer should take you to the district surgeon to compile a report on your injuries, following examination. (This is done on form J88 and it will be included in your police docket.)

The police can only arrest you for an unpaid fine if a valid warrant of arrest has been issued. The arresting officer/s must advise you of the reason for your arrest and you should demand to see a copy of this warrant at the time. If a copy of the warrant isn’t available, then you can bring a civil case against the police. You are entitled to compensation if the arrest or subsequent detention proves to be unlawful.

If you have laid a charge against a police officer/s for wrongful arrest, you have instituted criminal proceedings. In addition, you are entitled to make a civil claim for damages against the officers and against the Minister of Police. Damage to your reputation, loss of income (while you are in prison) and physical injury can all be included in a civil claim. You can also lodge a complaint with the Independent Complaints Directorate.

This is a process that requires legal expertise and we can help.

As you’ll see from this information, the most useful number on your cell phone might well turn out to be the number of a lawyer who can help you. Nobody wants to spend the night in a police cell, so you need to have help at hand.

Contact Simon today on 087 550 2740 or email simon@sdlaw.co.za for expert advice on unlawful arrest, bail application and laying a civil claim.

« Should marijuana be legalised in South Africa?
Women in the workplace: How equal is equal? »