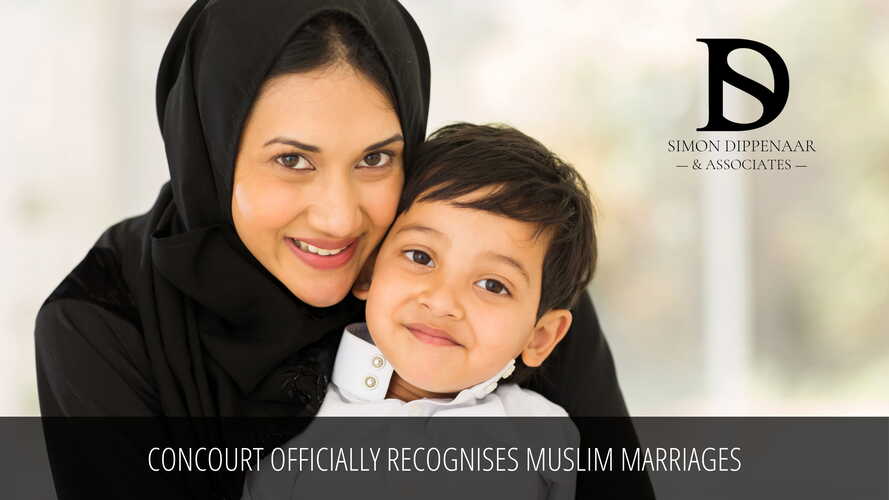 On 28 June 2022, the Constitutional Court, in Women’s Legal Centre Trust v President of the Republic of South Africa and Others, held that the non-recognition of Muslim marriages infringes upon the rights of Muslim women and their children to dignity, equality, access to courts and the best interests of children.

The court confirmed that the Marriage Act, 1961 and the Divorce Act, 1979 are inconsistent with the Constitution because they failed to recognise marriages solemnised in accordance with Sharia law and have not registered these as valid civil marriages.

The following sections of the Divorce Act were declared to be unconstitutional:

The Constitutional Court suspended the declaration of invalidity for a period of 24 months to enable the legislature to remedy defects by either amending existing legislation or initiating new legislation by 27 June 2024. The new or amended legislation must recognise Muslim marriages for all purposes in South Africa and to regulate the consequences arising from such recognition.

Pending the coming into force of new legislation or the amendment of existing legislation, the Constitutional Court declared that Muslim marriages subsisting as at 15 December 2014 may be dissolved in accordance with the Divorce Act as follows:

If a party to a Muslim marriage can prove that they contributed to the growth of the other spouse’s estate, that party can request the court to make a redistribution order, even if the parties are married out of community of property. The Divorce Act allows a court to order the forfeiture of benefits in divorce proceedings. We have a no fault divorce system and the act refers to substantial misconduct being taken into account for forfeiture of benefits.

The court held that if administrative or practical problems arose in the implementation of its 28 June 2022 order, any interested person could approach the court for a variation of the order.

The court remarked that the non-recognition of Muslim marriages was a source of great hardship. There was no justification offered as to why children born of Muslim marriages should not enjoy the automatic oversight of a court, as set out in the Divorce Act, in relation to their care and maintenance and why they should not be protected by a statutory minimum age for consent to marriage.

The previous non-recognition of Muslim marriages forced some Muslims to dilute their religious beliefs by electing to marry monogamously according to civil law in order for their marriages to be regarded as valid. An additional challenge was that women in Muslim marriages were often unable to convince their husbands to conclude civil marriages.

The Constitutional Court judgment applies to all Muslim marriages entered into after 15 December 2014. Muslim marriages have been brought on par and in line with other civil marriages, but they will be treated as out of community marriages unless the spouses agreed otherwise.

SD Law is a firm of experienced divorce attorneys in Cape Town, with offices in Johannesburg and Durban. What does a family lawyer do? If you need advice about legislation on Sharia marriages or divorce, our divorce lawyers can help. Call family lawyer Simon on 086 099 5146 or email  sdippenaar@sdlaw.co.za and we will look at your case in detail and advise you on the best way forward.