Case law is the bane of every law student’s existence. Unlike statutory law, which is straightforward legislation and generally unambiguous, case law involves the analysis of previous legal decisions to analyse a new case and resolve ambiguities. The study of case law is important because interpretation of the law is not always clear-cut. If it were, there would be no need for lawyers; we would need only law enforcement and a judicial system. 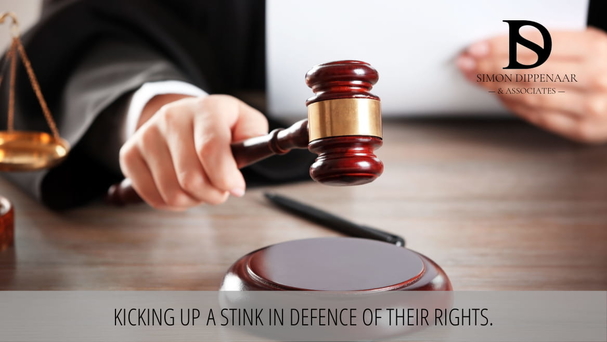 Case law can be tedious, hence it is a necessary but not always enjoyable part of a lawyer’s education. But occasionally it can be fascinating and serve to illuminate the role of the law in protecting very basic human rights, including the right to well-being. The case of the trustees of the Modderdrift Trust vs. Hylton Grange (Pty) Ltd, Christoffel Slabbert Van Wyk, Modderdrift Boerdery (Pty) Ltd and Pieter Jacques Beukes, involving nuisance and the law, is one such case, particularly relevant as it is Human Rights Month.

The case that came before the Western Cape High Court in January this year was in fact the appeal that followed a judgement handed down in 2016, in which the original respondents were ordered to take remedial steps to limit the impact of noxious agricultural odours from their mushroom farming enterprise on nearby neighbours. Despite these actions, the odours persisted and the applicants sought an interdict against the Trust. The smell, though not continuous, was sufficiently offensive when it was present to make life unbearable for neighbours and to drive them indoors, where even shutting windows did not completely obliterate the stench. The case rests on what constitutes nuisance in law.

In bringing the appeal, the Trust argued that the making of compost (called “substrate”) in which to grow the mushrooms was in keeping with the zoning of the farm and the farm could potentially shut down, with the attendant loss of employment for farm workers, if they had to cease making the substrate.

Nuisance law – what did the judges consider?

In reaching their conclusion, the three judges cited numerous cases of nuisance law to establish legal principles, although none specifically dealt with mushroom farming. There are too many to mention in this summary, but you can read the case report here.

They then quoted Section 28(1) of the National Environmental Management Act 107 of 1998, which states that anyone causing ‘significant pollution or degradation of the environment’ must take reasonable measures to prevent such pollution or degradation. If it cannot be avoided, it must be ‘minimise[d] and remed[ied]’. ‘Pollution’ is defined as a change in the environment having ‘an adverse effect on human health or well-being’, caused by substances and by odours from an activity.

Lastly, Section 35(2) of the National Environmental Management: Air Quality Act 39 of 2004 requires an occupier of any premises to ‘take all reasonable steps to prevent the emission of any offensive odour caused by any activity’ on their premises. ‘Offensive odour’ is defined as ‘any smell which is considered to be malodorous or a nuisance to a reasonable person’.

A sweet-smelling end to a foul story

The presiding judge concluded that ‘it is objectively reasonable to impose liability in this case, and that [the Trust’s] conduct is thus wrongful’. The other two judges concurred. So, although the mushroom farm was not deliberately committing an offence, and was simply carrying out processes involved in its core activity, it was liable for the emission of an intolerable stink that made life unbearable for the neighbours and farm workers on those neighbouring farms. The court ruled that such activities should either be carried out in a more remote location, in an enclosed space, or the substrate must be purchased rather than manufactured on the farm.

If your basic rights are infringed…

If you are subject to unpleasant smells or unsightly views from your property, you may not have to suffer in silence. As the neighbours in this case found, they had a legitimate grievance that was upheld by the court.

SD Law is a firm of Cape Town attorneys, also in Johannesburg and Durban, who are passionate about the law and about upholding the Constitution and defending human rights. If you think your rights are being infringed, give Simon a call on 086 099 5146 or email simon@sdlaw.co.za for a confidential discussion about your case.

This entry was posted in #imstaying, Constitution, Human rights and tagged in Cape Town Lawyer.