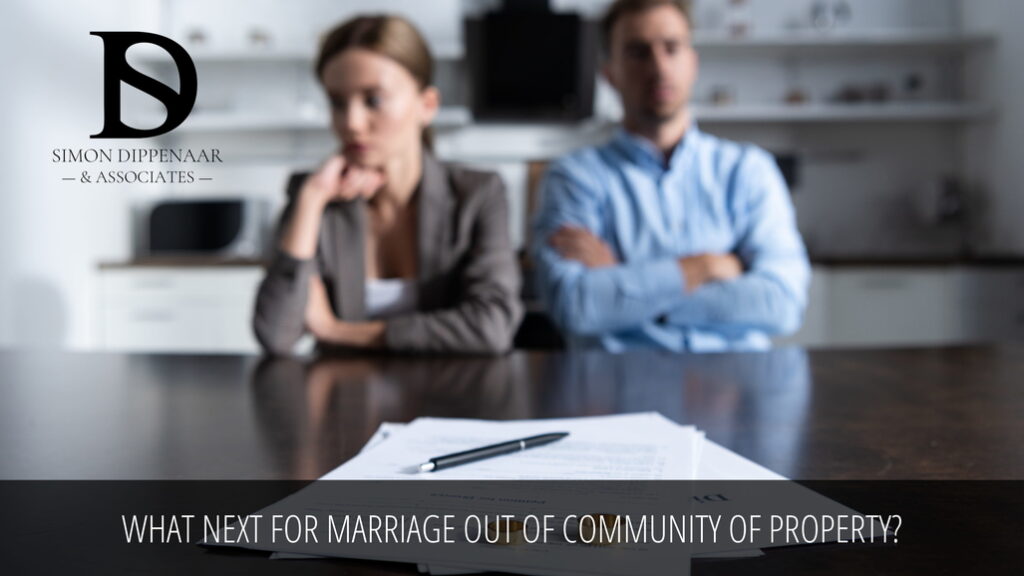 The Pretoria High Court on Wednesday (11 May) ruled that a part of South Africa’s Divorce Act is unconstitutional, setting up major changes for how divorces are handled when couples are married out community of property in the country.

The court judgement declared that Section 7(3)(a) of the Divorce Act is inconsistent with the Constitution and invalid, saying it amounts to unfair discrimination in respect of ‘out of community of property’ marriages.

Section 7(3) of the Divorce Act deals with the division of assets for couples married out of community of property. However, Section 7(3)(a) lays out different rules for marriages that took place after the Matrimonial Property Act came into effect on 1 November 1984.

This difference, the court said, amounts to unfair discrimination – particularly for economically disadvantaged people – and limits the operation of Section 7(3).

(a) entered into before the commencement of the Matrimonial Property Act, 1984, in terms of an antenuptial contract by which community of property, community of profit and loss and accrual sharing in any form are excluded

may… on application by one of the parties to that marriage, in the absence of any agreement between them regarding the division of their assets, order that such assets, or such part of the assets, of the other party as the court may deem just be transferred to the first-mentioned party.

In the ruling, the court took particular issue with the wording, “entered into before the commencement of the Matrimonial Property Act, 1984,” saying its phrasing was inconsistent with the Constitution and therefore invalid.

According to South Africa’s Matrimonial Property Act of 1984, when married out of community of property with the inclusion of accrual, spouses will, at divorce, share equally in the growth of the spouses’ estates during the marriage. If a spouse’s estate grows larger than the other, at the time of divorce, the spouse with the smaller estate can make a claim against the larger estate.

There is, however, no sharing of the assets that each party already owned at the time of the marriage – these assets remain separate.

When married out of community of property without accrual, there is no sharing of any assets at divorce, whether accumulated before or during the marriage.

According to Natasha Truyens, senior associate and family law attorney at Barnard Incorporated Attorneys, the practical implication of the new judgment would mean that any person who enters into an antenuptial contract without accrual after the commencement of the Matrimonial Property Act (ie, after 1 November 1984), can now ask a court for a redistribution of assets – overriding the content of their signed antenuptial contract – if the court deems it appropriate and just.

“The factors which the court would have to consider, other than any direct or indirect contribution made by the party concerned to the maintenance or increase of the estate of the other party, would include the existing means and obligations of the parties, any donation made by one party to the other during the subsistence of the marriage, and any other factor which should in the opinion of the court be taken into account,” Truyens said.

In making the ruling, the court had to consider whether, by the standards of the Constitution, Section 7(3) of the Divorce Act amounted to discrimination against a person.

In the judgment, the court said that “the differentiation amounts to discrimination based on the date on which a marriage was concluded because economically disadvantaged parties’ human dignity is impaired if they cannot approach the court to exercise the discretion provided for in s 7(3) of the Divorce Act.

“Unlike their counterparts, whose marriages were concluded before 1 November 1984, economically disadvantaged parties who contributed to their spouses’ maintenance or the growth of their estates, are vulnerable parties whose only recourse is to approach the court for maintenance.

“The unequal power relationship implicit to any maintenance claim, and the extent to which it renders an economically disadvantaged party vulnerable, in these circumstances speaks for itself.”

The Constitutional Court will now have to consider whether the order should be confirmed or not. Should the order be confirmed, it will have a significant and compelling effect on many marriages in South Africa, Truyens said.

In our view, this change is controversial. If it is confirmed, it could be considered a fettering of the freedom of contract. It may open the floodgates and the courts will be inundated with claims. It could make divorce more litigious because of the uncertainty around the validity of the antenuptial contract. As family lawyers, we will keep a watching brief on this and continue to report on developments via this website and our sister site, divorceattorneycapetown.co.za

Previous post:
« ‘I had to be broken to be fixed’: the courses trying to change abusive men
Next post:
Crypto currency industry seeks legal skills »
View more posts from this author
Disclaimer