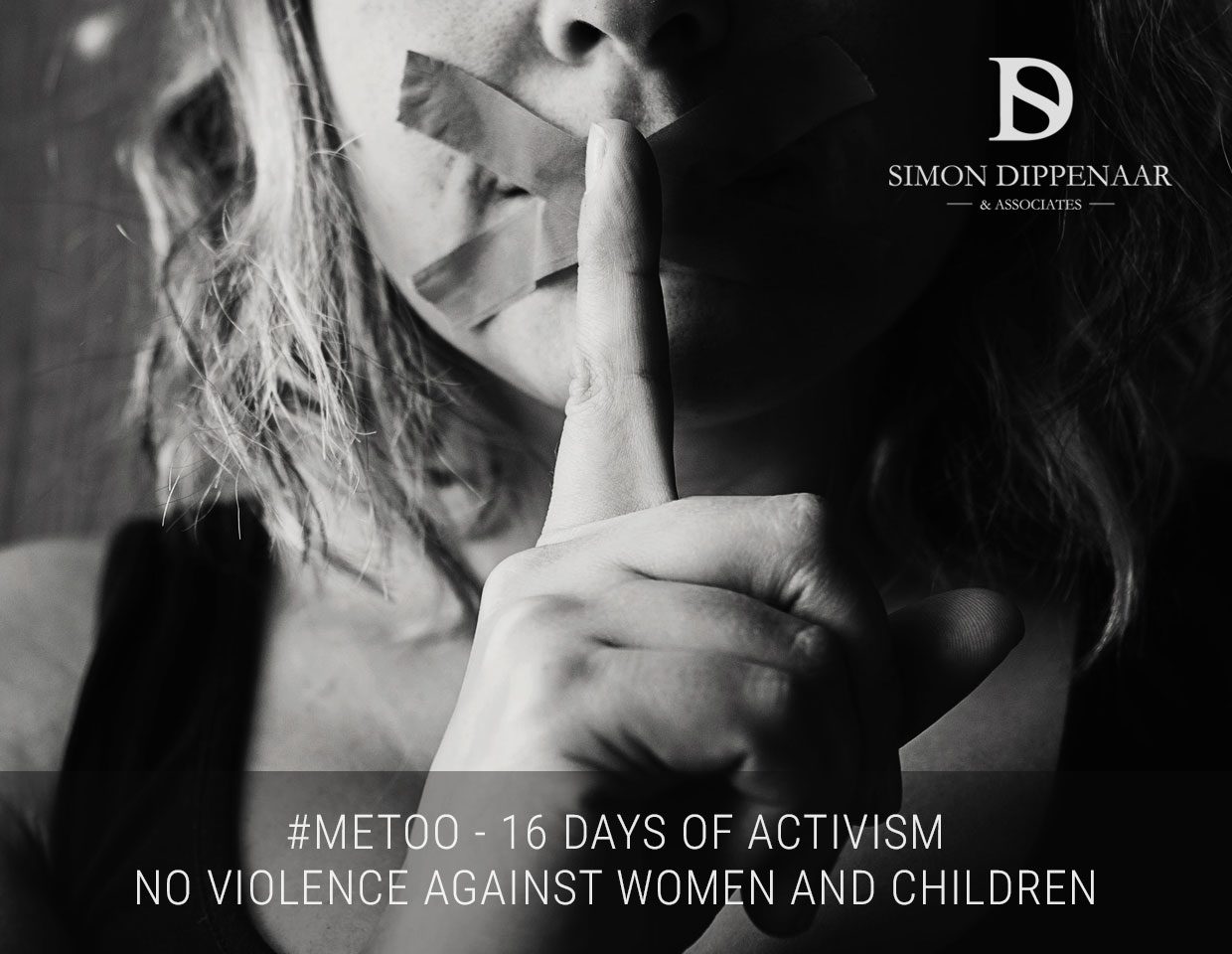 The jury is out on the effectiveness of social media campaigns to truly impact cultural mores and individual behaviours. We tend to conduct our social media lives inside a bubble of like-minded people, thus the #metoo hashtag may have only initially reverberated in sympathetic circles. But rapid viral spread of the campaign out of the Twitterverse and into the mainstream media and the subsequent and ongoing almost daily revelations of well-known men as perpetrators speaks to the immense scale of the problem.

This social media campaign sparked mixed reactions in our office. It was seen as long-overdue awareness-raising of the intrinsic misogyny of our society. However, concerns were raised of the bandwagon sensationalist nature of the campaign with serious abuse and rape not being distinguished from what may be considered “less serious” abuse such as groping and lewd comments. What we have come to realise, however, in contemplating the relevance and impact of the #metoo movement, is that scaling and ranking abuse, to determine what qualifies as “enough”, obfuscates the issue at hand. It is all abuse. It is all violence towards women and none of it should be accepted.

The shocking (yet sadly unsurprising) revelation of the #metoo campaign was the sheer scale of it. Women of all ages, races, nationalities and personalities reported having suffered some form of sexual harassment or abuse at some time in their lives. Many had never reported it because they felt they would not be believed, they would jeopardise their careers, or they would suffer other serious repercussions. Some had previously shrugged it off as “just the way men are”.

But this common acceptance of despicable behaviour as part of men’s nature or the fault of the “alluring” woman is precisely what the #metoo campaign highlighted and challenged. Misogyny – “dislike of, contempt for, or ingrained prejudice against women” – is so pervasive and endemic, particularly in South African culture, that it is a part of our collective unconscious and social structure. It functions at a subliminal level that influences our conduct without our conscious knowledge, even when we think we are enlightened.

We have all seen and possibly even shared memes with clichéd tropes of the crazy female (e.g. “frightening statistic: 25% of the women in this country are on medication for mental illness; that’s scary; it means 75% are running around untreated”) or the prescribed twin roles for women in the bedroom and kitchen (e.g. “Not all men want a relationship for sex. Some want their dishes done too.”).

You might have giggled but these are not funny and certainly not innocent. They illustrate the habit of undermining, demeaning and belittling women so ingrained we often don’t see it. But these memes are the thin edge of the wedge of the exercise of power over women; a wedge that starts with gendered language and “harmless” jokes but ends in serious abuse, rape and even homicide as the ultimate demonstration of power over a woman. And it is this connection that few are prepared to make. There is no line one crosses where the violence that was once “acceptable” is now “unacceptable”. Violence against women happens on a continuum and we must reject it in all its forms.

And the flip side of that…

Now here is where I am likely to court controversy. I know many South Africans will disagree with me, but the custom of “protecting” women, “looking after them” and “putting them on a pedestal” is the other side of the same coin. It reflects an attitude that sees women as somehow inferior to men, less capable, more vulnerable and weaker, and thus in need of a male’s protective attention. It may appear respectful, kind, considerate, an act of social cooperation, and in its outward guise it is. No man who offers to carry a heavy parcel for a woman does it out of disrespect. It is a courteous and chivalrous act. But some argue that it nonetheless is founded on a perspective of women as less able.

A friend of mine is an experienced cyclist. Like all cyclists, she can change a tube and carry out repairs to her bicycle without assistance while on the road. On an early morning ride through Joburg one Sunday, she and her ride buddy (also female) stopped to sort a minor problem on one of the bikes. Despite the fact that they were clearly in control of the situation, the security guard in the street (himself not a cyclist) ambled over to suggest they let him fix the problem. Although the words were unspoken, the insinuation was that a mechanical repair is a man’s job, and the two women were clearly incapable of such advanced problem-solving, despite the evidence to the contrary before his eyes. Would the guard have offered to assist two male cyclists in the same situation? Not a chance. He would know they had it covered.

#MeToo – Where to from here?

How do we go about changing behaviour we’re not even aware of? How do we make the unconscious conscious? It’s not easy, and takes time. But it can be done. We only have to look at the transformation that has taken place in other facets of our society and our culture to know that deeply embedded beliefs can be changed. Awareness is the first step. Talking about issues is important. And we must call out our friends when they post inappropriate “jokes” on Facebook or send them via WhatsApp. They may not mean any harm, but they perpetrate harm all the same. If those of us who are deeply offended by such behaviour stay silent, we allow the misogynist status quo to persist.

At the end of the day, despite my initial reservations, I conclude that #metoo was a good thing. It was the start, hopefully of an avalanche. Let the conversation continue.

Have you been affected by any of the issues raised in this article?

If you have suffered sexual harassment, abuse, gender-based violence, or rape, and would like to have a confidential discussion about your options, contact Cape Town Lawyers, Simon Dippenaar & Associates (SDLAW) +27 (0) 86 099 5146 or 076 116 0623 and we’ll call you back. Your complaint will be dealt with sensitively and in complete confidence.

This entry was posted in #MeToo and tagged in #metoo, 16 days of activism, violence against women.

Previous post:
« Sexual harassment – Misconduct that plagues a workplace
Next post:
After Divorce – Can you still be friends with your ex? »