Blog > Marijuana Legalisation > Should marijuana be legalised in South Africa?

A very controversial subject – everyone has an opinion and there are many conflicting views. In this article, we’ll outline some background information with special relevance to South Africa. 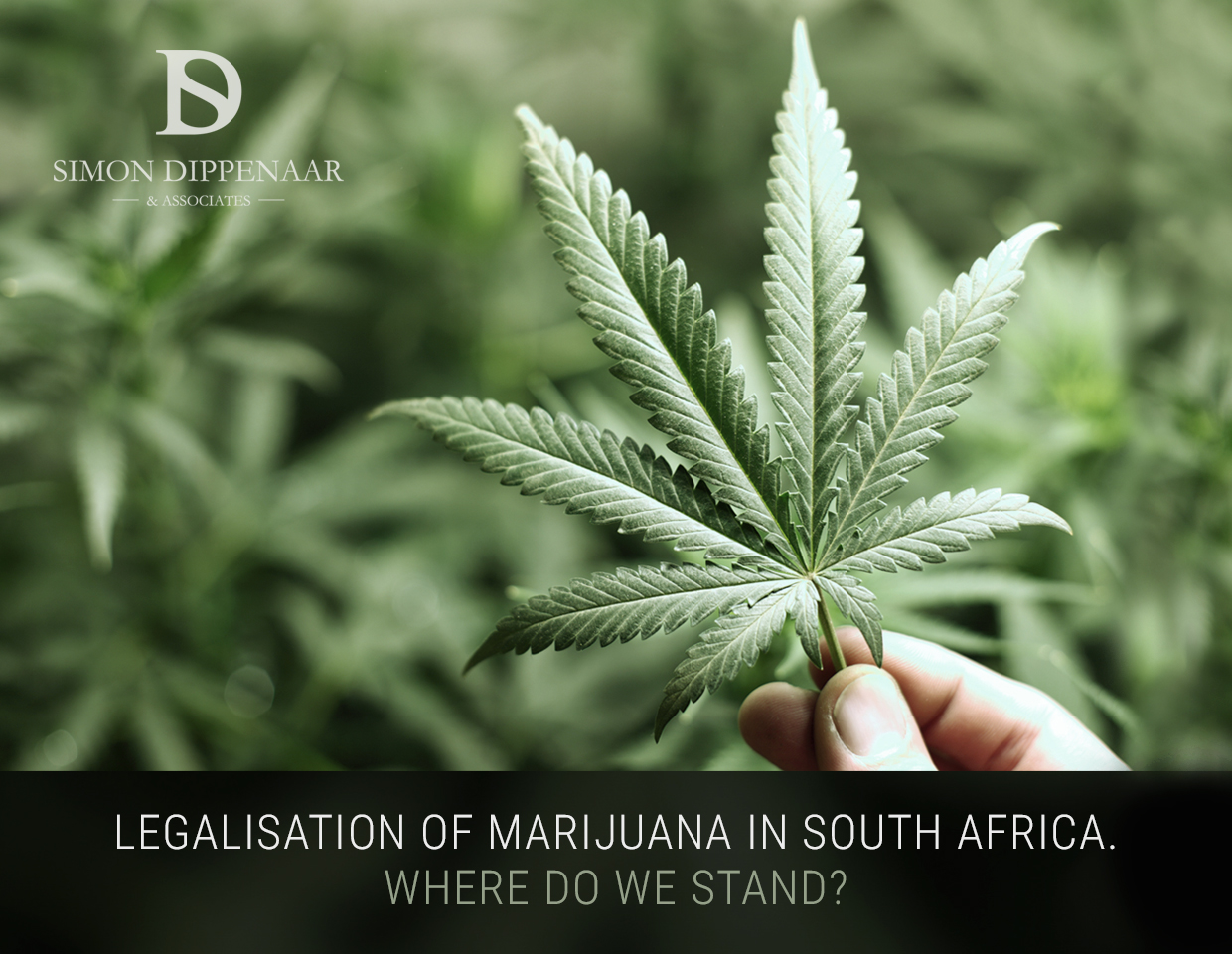 Marijuana, the dried leaves and flowers of the hemp plant, is popularly known as cannabis or hashish, bhang, hemp, kef, kif, charas and ganga. Less formally, it is known as dope, hash, grass, pot, blow, weed and dagga and it should not be confused with the range of hard drugs and toxic substances available – cocaine, heroin etc.

Medical cannabis, or cannabinoid medicine, comes in the form of pills, liquids or sprays. Use is fairly widespread but there are conflicting views on whether or not these medicines have positive effects.

Four main uses of the plant are:

Recreational use of cannabis can make the user feel relaxed, happy and confident, but the downside is feeling dizzy, tired and nauseous. Some users even experience hallucinations. There is a danger that recreational use could develop into addiction, but no evidence that a marijuana habit leads to more serious substance abuse, e.g., crack cocaine, heroin, etc., as has often been argued by opponents of legalisation.

Versions of marijuana are available under specific circumstances for pain relief and the treatment of certain medical conditions. Extensive research has been conducted worldwide into the benefits of medicinal cannabis.

South Africa and the rest of the world

The legal position regarding drugs and drug use in South Africa is clear: it’s illegal, whether for recreational or medical reasons. However, recent court cases such as Prince v President and the case of Stobbs and Clarke have opened the door for a discussion about the use of marijuana. (As a matter of interest, marijuana / cannabis is the most popular illicit drug in South Africa.)

Most of the arguments about legalising drugs relate to marijuana, which is viewed as a ‘soft’ drug, rather than ‘hard’ drugs such as heroin or cocaine, generally seen as more dangerous substances.

Writing in the South African Medical Journal, Parry and Meyer believe that further research is essential and they suggest a close look at the experiences of countries that have softened or removed the criminal laws surrounding marijuana (Netherlands, United States).

In the United States 24 states and the District of Columbia have legalised marijuana for medical purposes – a process that has been under way since it started in California in 1996. Of these states some – including Washington, Colorado, Oregon and DC – have given recreational use legal approval.

This has impacted the economy to the extent that sales of legal marijuana increased from $1.5bn in 2013 to $2.7bn in 2014. (These figures don’t take account of the cost savings achieved when catching, prosecuting and incarcerating offenders is no longer an issue.)

The economic future for legalising cannabis looks even more impressive: if every US state decriminalised the drug by 2020, it is estimated the market could increase to $35bn.

The Netherlands is an example of the effects of relaxing the law: research has shown hardly any increase in the use of cannabis after the laws fell away. However, a study in Alaska indicated that 12- to 17-year-olds were using the drug significantly more than the national average. As a result, the state re-introduced laws controlling its use.

In the UK attitudes have shifted away from legalisation and in 2009 the law was adjusted to classify marijuana as a Class B rather than the less harmful Class C drug.

The economics of the criminalisation and non-criminalisation could also be included in the debate – it costs vast amounts of money to police and prosecute drug offenders.

Two court cases have recently put the legalisation of marijuana under the spotlight:

These cases have caught the attention of the public and highlight the need for further legal and scientific research as well as an informed debate at all levels of society.

Look out for part 2 where we’ll discuss the pros and cons of legalising marijuana.

This entry was posted in Marijuana Legalisation and tagged in cannabis, legalise, marijuana legalisation, south africa.

Previous post:
« Unlawful Arrest, Detention & Police Brutality
Next post:
To legalise marijuana, or not to legalise? That is the question. »