Two Cape Town parents, who are divorced, have won legal permission in court to travel in the father’s Land Rover to fetch their young children in a different province, to relieve their struggling grandparents. 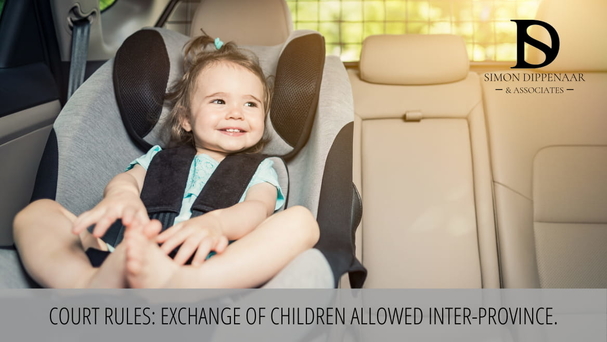 The story involves elderly grandparents, doing their utmost to care for their grandchildren – while both suffering medical difficulties themselves – and two children, aged eight and 10, who have been desperate to return home.

The parents, identified in court papers only by initials, challenged the regulated prohibition on “movement between provinces and between metropolitan and district areas”.

Under revised government regulations published on 7 April, the movement of children between divorced parents is permitted – if parents can prove they share responsibilities in their divorce settlements. But that was not the issue in this case.

This case hinged on the court’s interpretation of whether children can legally be moved between “caregivers” – such as grandparents – and parents. The national Department of Social Development argued that this movement was prohibited.

Judge Yasmin Meer ruled such movement was necessary, and is in line with the Constitution and the Bill of Rights, which demands “the best interests are of paramount importance in every matter concerning a child”.

The ruling was made on 14 April, and the court papers explained the saga: “The children had travelled to Bloemfontein on 22 March 2020 during the school holidays for a brief visit and were expected to return to Cape Town before the start of the school term on 31 March 2020.

“The lockdown intervened at midnight on 26 March 2020 and the children found themselves locked down with their grandparents in Bloemfontein. The Applicants are divorced.”

‘Childrens’ health and well-being are being put at risk’

Judge Meer wrote that the father, in an affidavit, explained that his own father and mother are 72-years-old and 68-years-old respectively, and are only able to take care of the couple’s children for “short periods”.

The father added that the grandmother suffers from arthritis and having the children around makes it difficult for her.

Meer’s judgment says: “The situation has become strenuous to his parents’ overall personal well-being and affects their ability to properly care for the children and themselves.

“The First Applicant (the father) is a medical doctor and he states that the childrens’ health and well-being are being put at risk. He points out that he is equipped to deal with the childrens’ needs.

“Finally, he explains that even though the Applicants heard of the lockdown travel ban, they were under the impression that they would be permitted to travel to Bloemfontein to fetch the children and were not aware of the strict extent to which the travel ban would be enforced.”

Meer continued: “A memorandum by the Family Advocate of 7 April 2020, which supports the moving of the children, points out that there is no mention whether the grandparents are employing the Covid-19 precautionary measures, and states that the children require consistent management to ensure that they are abiding by the precautionary requirements of Covid-19 relating to good hygiene, regular sanitising and social distancing. Further to the memorandum, on 8 April 2020 a video conference interview was conducted by the Family Advocate at the request of the Respondent.

“A report compiled by a specialist also urged that the children be returned to Cape Town. From the interview with the grandmother, the report stated that the grandmother has chronic ailments of arthritis and backpain necessitating a schedule 3 medical prescription.

“The lockdown has prevented grandmother’s daily house help from coming in and grandmother has to attend to everything for the household and children. She is currently physically exhausted and her ailments are deteriorating as a result. She is normally accustomed to taking care of the children for shorter intervals and cannot cope in the current circumstances. This is going to impact negatively on her care for the children.

“They are quite active and she cannot manage them. The grandfather provides limited support. The children are going through different emotions and get heartbroken for not being with their parents.

“An interview with the grandfather confirmed his wife’s exhausted state as recorded in the report. He assists in playing with the children.

Interviews with the children revealed their desire to return home, the judgment continued. The specialist report could not confirm whether the children are at risk in terms of hygiene or that their levels of hygiene are optimal as required.

“The unrefuted evidence makes clear that the task of caring for the children by the grandparents is already proving not to be sustainable and this will only continue and be exacerbated over a further prolonged period. The well-being and physical health of the children in these turbulent times are being placed at risk.

“The best interests of the children would undoubtedly be served if permission were to be granted for them to be fetched to travel from Bloemfontein to Cape Town.”

Judge Meer thus granted the order to allow the applicant to travel to Bloemfontein and fetch his children, and then return to Cape Town with them under strict conditions.

“The First Applicant is authorised and directed to fetch the children at[…], Heuwelsig, Bloemfontein, and to travel back with them to the Western Cape, to the residence of the First Applicant;

“This order dispenses with any further need for permit(s) to travel.”

The respondent – the national Department of Social Development – was ordered to pay the couple’s legal costs. Comment has been sought from the department and will be added once received.

Source: News24 and reblogged by DACT (emphasis by SD Law*)