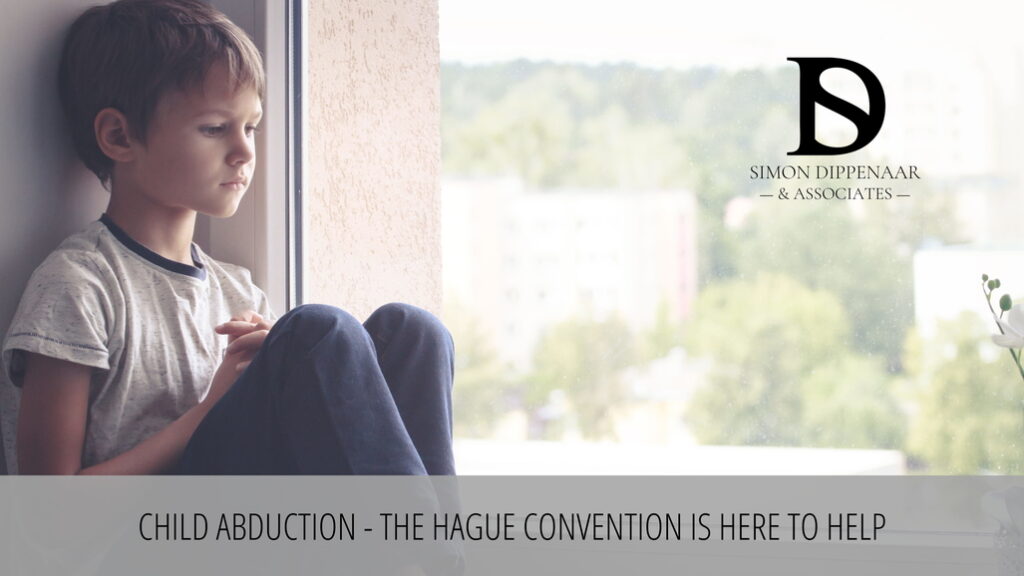 What is the Hague Convention and what does it do?

You might have heard of the Hague Convention but you’re not sure what it is. If you have children, particularly if their other parent is not South African and/or you are divorced, it may at some point become relevant to you. The International Hague Convention of Private International Law deals with child abduction. This article spells out exactly what the Hague Convention was set up to do and what process to follow, should you ever find yourself in the unfortunate situation of having a child removed from the country without your consent.

South Africa ratified the International Hague Convention of Private International Law in 1996. The Hague Convention of the Civil Aspects of International Child Abduction Act 72 of 1996 came into effect on 1 October 1997. It deals with relocation of a minor child, where that relocation happens without parental consent. The aim of the Convention and the Act is to protect and enforce the rights of care and contact (custody) over a child who has been wrongfully removed to another country. The Convention aims to prevent the unlawful removal of a child from the jurisdiction where they normally reside, without the consent of the other parent or caregiver, and to facilitate the return of a child wrongfully removed in this manner. Article 5 of the Convention states that a country’s courts have custody jurisdiction whenever the child is “habitually resident” there, subject to certain limitations, such as cases of wrongful removal or retention of a child. Where a child has been removed without the other parent’s consent, this is considered wrongful removal and the child must be returned home.

As a signatory to the Convention and a contracting state, South Africa is required to set up an administrative body whose duty it is to trace the child and take the necessary steps to secure the return of the child to the Republic. This authority is referred to as the “Central Authority” and is the Family Advocate’s office in South Africa, specifically the Chief Family Advocate.

Article 3 of the Convention states: “The removal or the retention of a child is to be considered wrongful where (a) it is in breach of rights of custody attributed to a person, an institution or any other body, either jointly or alone, under the law of the State in which the child was habitually resident immediately before the removal or retention; and (b) at the time of removal or retention those rights were actually exercised, either jointly or alone, or would have been so exercised but for the removal or retention. The rights of custody mentioned in sub-paragraph (a) above, may arise in particular by operation of law or by reason of a judicial or administrative decision, or by reason of an agreement having legal effect under the law of that State.”

The Convention applies to all children within signatory countries but its authority lapses once the child reaches the age of 16.

Refusal to return a child

If a parent believes their child has been taken out of the country without their consent – abducted in common parlance – this is the process that must be followed:

If there are any issues regarding missing or incorrect information, the process will be extended and there will be delays. Certain countries may also require translated documents.

You need an excellent family lawyer

At Cape Town Divorce Attorneys, we’ve helped many parents navigate the difficult scenario of post-divorce relocation. We can help you if you need to relocate to another province or country. If your child has been abducted, we will support you in lodging a case with the central authority (Family Advocate) in South Africa or in seeking an order in a non-member state. Contact Cape Town attorney Simon Dippenaar on 086 099 5146 or email sdippenaar@sdlaw.co.za to discuss your case in confidence. We are also in Johannesburg and Durban.