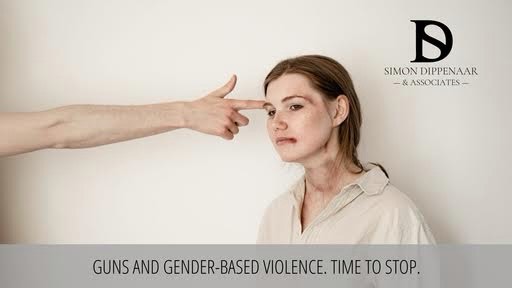 Does widespread use of guns contribute to a violent culture in general, particularly with regard to women? In other words, is there a connection between guns and gender-based violence? Experts believe there is, and gun control has – finally, some might say – become a priority for government.

The prevalence of firearms in South Africa is a major factor in our shameful ranking as the country with the tenth-highest homicide rate in the world. Violence and crime are unfortunately common features of South African society and many people keep a firearm in the home, often citing self-defence as the motive. However, having a gun close to hand is a risk factor in intimate partner violence. The rise of violence against women has put gun control on the legislative agenda, at last.

The draft legislation is the Firearms Amendment Bill of 2021. It proposes tighter controls and management of firearms and the establishment of a National Firearms Register. The changes are designed to reduce the number of firearms in private hands and the associated number of violent crimes. The Bill also aims to improve the processing and control of firearms and the application system. Parliament has approved the publication of the Firearms Amendment Bill for public comment.

Guns and gender-based violence – are guns or gun owners the problem?

Studies show that gun ownership is a predominantly male phenomenon and a way for men to assert their manhood and dominance. The most vulnerable victims of gun violence are women behind closed doors, murdered at the hands of their significant others. Firearms play a significant role in violence against women — guns are used to kill, rape, threaten and intimidate women. Although research indicates that only 10% of gun homicides in SA are related to women, other research into intimate partner violence suggests that women are most vulnerable to being shot by an intimate partner at home.

Guns must be owned responsibly

Provisions in the Domestic Violence Act and the Firearms Control Act give SAPS and the courts powers to remove dangerous weapons from homes and from the hands of abusive gun owners.

“The FCA gives the courts the power to declare a gun owner unfit to own a gun for a range of reasons, including if he is convicted of any offence involving physical or sexual abuse occurring in a domestic relationship as defined in the DVA, and any offence in terms of the DVA in respect of which the accused is sentenced to a period of imprisonment without the option of a fine. The DVA allows magistrate’s courts to grant interim and permanent protection orders ordering the respondent to stop their abusive behaviour. The court can also order the police to remove a firearm or any other dangerous weapon from the respondent, whether the respondent owns the gun or simply has access to it. Despite this most women are not aware of these rights and are not always informed of them.”

More stringent firearm control legislation has gradually been implemented since 2000 to promote responsible gun ownership. The recently proposed Bill is in line with these efforts. The Bill seeks to eliminate firearm licences for acts of self-defence. This means that only hunters and sport shooters can apply for a gun licence. While this new change will potentially reduce instances of femicide, it raises another concern. In a country like South Africa where robbery is an all-too-common crime, some people may object to losing the right to hold a weapon for self-defence.

Firearm ownership and its regulation is a balancing act that will require public education. In the socio-economic impact assessment conducted for the proposed Bill, SAPS noted that “There is no alternative to gun control if South Africa is to lower its murder and general crime rates.” There needs to be a clear and unambiguous control system in place that will combat the ongoing rise in violent crime.

Bills take a long time to become Acts of Parliament, and tighter control of gun ownership, while welcome, will not solve our gender-based violence crisis overnight. It may make it harder to procure a firearm legally, but there will be lengthy process to identify, license, or remove all guns currently held by legitimate gun owners. If you feel threatened or concerned right now by your domestic situation, and think a protection order would help you stay safe, call family lawyer Simon Dippenaar on 086 099 5146 or email sdippenaar@sdlaw.co.za.