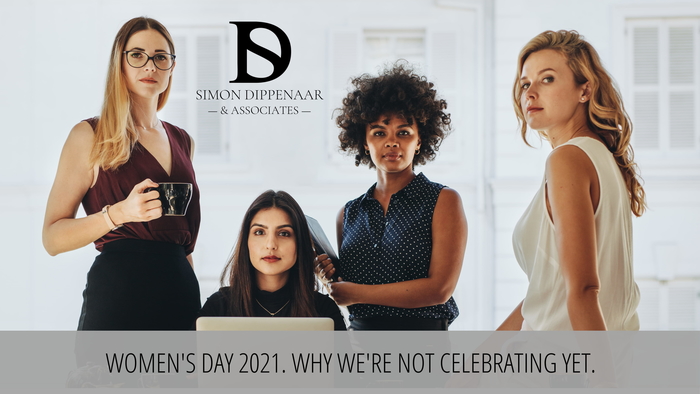 COVID-19 has set back gender equality by 25 years

South Africa celebrates national Women’s Day on 9th August every year, not to be confused with International Women’s Day on 8th March. It’s interesting to note that the date of 8th March was chosen because it marks the day when women in Soviet Russia began protesting for the right to vote, eventually granted in 1917. A public holiday was later declared for that date. Arguably, the protests carried out by the Federation of South African Women in 1956 were just as important on a global scale as those in Russia. One dealt with sexism, the other with racism. But as there was already an International Women’s Day, South Africa’s commemoration remains a domestic one.

This year, what are we celebrating? It’s always worth remembering the march of c.20,000 women to the Union Buildings in Pretoria, bringing their petition with over 100,000 signatures protesting against the extension of the pass laws to women. The Population Registration Act served to maintain population segregation, control urbanisation, and manage migrant labour during apartheid. The “dompas”, as it was known, was a key tool used to enforce the Act. By extending the dompas to women, the system sought to control women even further. Women’s Day and Women’s Month pay tribute to the 1956 marchers and also to the early women’s movement in South Africa. As long ago as 1913, Charlotte Maxeke established the ANC Women’s League and encouraged women to take up the struggle for freedom.

Government has declared the theme for this year’s Women’s Month to be “Generation Equality: Realising Women’s Rights for an Equal Future”. This theme aims to link South Africa to global efforts to achieve gender equality by 2030. However, we can’t help but reflect on the fact that COVID-19 has, by many estimates, reversed 25 years of progress in women’s rights, both here in South Africa and globally.

In the academic journal Research in Social Stratification and Mobility, Professor Daniela Casale and Professor Dorrit Posele, from the School of Economics and Finance at the University of the Witwatersrand, argue that gender inequality in South Africa has risen as a result of COVID-19. In 2020, when the national state of disaster first took effect and the country went into lockdown, women accounted for two thirds of net job losses between February and April. Among those who managed to stay in employment, women experienced a greater reduction in working hours. With school closures, women took on the lion’s share of child care and home schooling. The authors argue that these disproportionate effects will have long-term consequences.

Over a year ago, Melinda Gates wrote that the unbalanced impact of COVID-19 on women, and leaders’ failure to address this, would mean a long, slow economic recovery. She said, “As policymakers work to protect and rebuild economies, their response must account for the disproportionate impact of Covid-19 on women, and the unique roles women will have to play in mitigating the pandemic’s harm.” At that time, most of us did not envision we would still be in some form of lockdown more than a year later, so we can only speculate as to how much greater the impact is on gender inequality than first imagined.

According to Casale and Posele, women were already worse off socio-economically and experienced less financial stability than men before COVID-19. Job losses and additional care responsibilities put women under even greater economic pressure and may impact their physical and mental health, with knock-on effects for their children. The study only looks at short-term effects, but the authors conclude by predicting longer-term inequalities for women and children as a result of the pandemic, in line with Melinda Gates. They believe we run the risk of reversing “some of the hard-earned improvements in gender equality documented over the last 25 years in South Africa.”

Abuse against women and children

The study by Casale and Posele looked at socio-economic factors. Poverty and deprivation statistically affect women to a greater extent than men. There is another epidemic affecting women, girls, and children in our country and our region: domestic violence and abuse. Recently, a 14-year-old girl in Zimbabwe, a victim of child marriage, died giving birth, a practice condemned by the United Nations. Furthermore, the girl gave birth at a church shrine. Apostolic churches in Zimbabwe support child marriage and shun hospitals. They attract followers because they promise to deliver people from poverty.

Zimbabweans, including the dead girl’s relatives, are shocked and outraged by what has happened, but the government has traditionally turned a blind eye to child marriage. Zimbabwe has dual marriage laws, the Marriage Act and Customary Marriages Act, and neither states a minimum age for marriage consent. One in three girls in Zimbabwe is likely to be married before the age of 18, according to the UN. Zimbabwe’s parliament is currently debating a bill that seeks to harmonise the laws and ban marriage of anyone below 18. Furthermore, anyone involved in the marriage of a minor will be prosecuted.

Here in South Africa, by contrast, the marriageable age is 18 for both girls and boys under the Recognition of Customary Marriages Act. Theoretically, this outlaws customary marriages for children under the age of 18 years. However, the Recognition of Customary Marriages Act, if read with the Marriage Act, does allow those under the age of 18 to marry if they have the necessary consent. Some experts feel this sends a conflicting message.

The proposed Prohibition of Forced Marriages and Child Marriages Bill, 2015 seeks to outlaw and criminalise all forced and child marriages as a result of all factors, including “ukuthwala”. Ukuthwala is the Nguni practice of “kidnapping of a girl or young woman by a man and his friends or peers with the intention of compelling the girl or young woman’s family to endorse marriage negotiations”, according to the Department of Justice and Constitutional Development. It is usually marked by violence and rape, although that was not the original tradition. As we write, this bill has not yet been enacted into law.

While we applaud the many efforts by women, activists and journalists to progress gender equality, and we salute and honour the multitude of notable achievements by our great South African women, until these wrongs are put right, our celebrations will remain subdued.