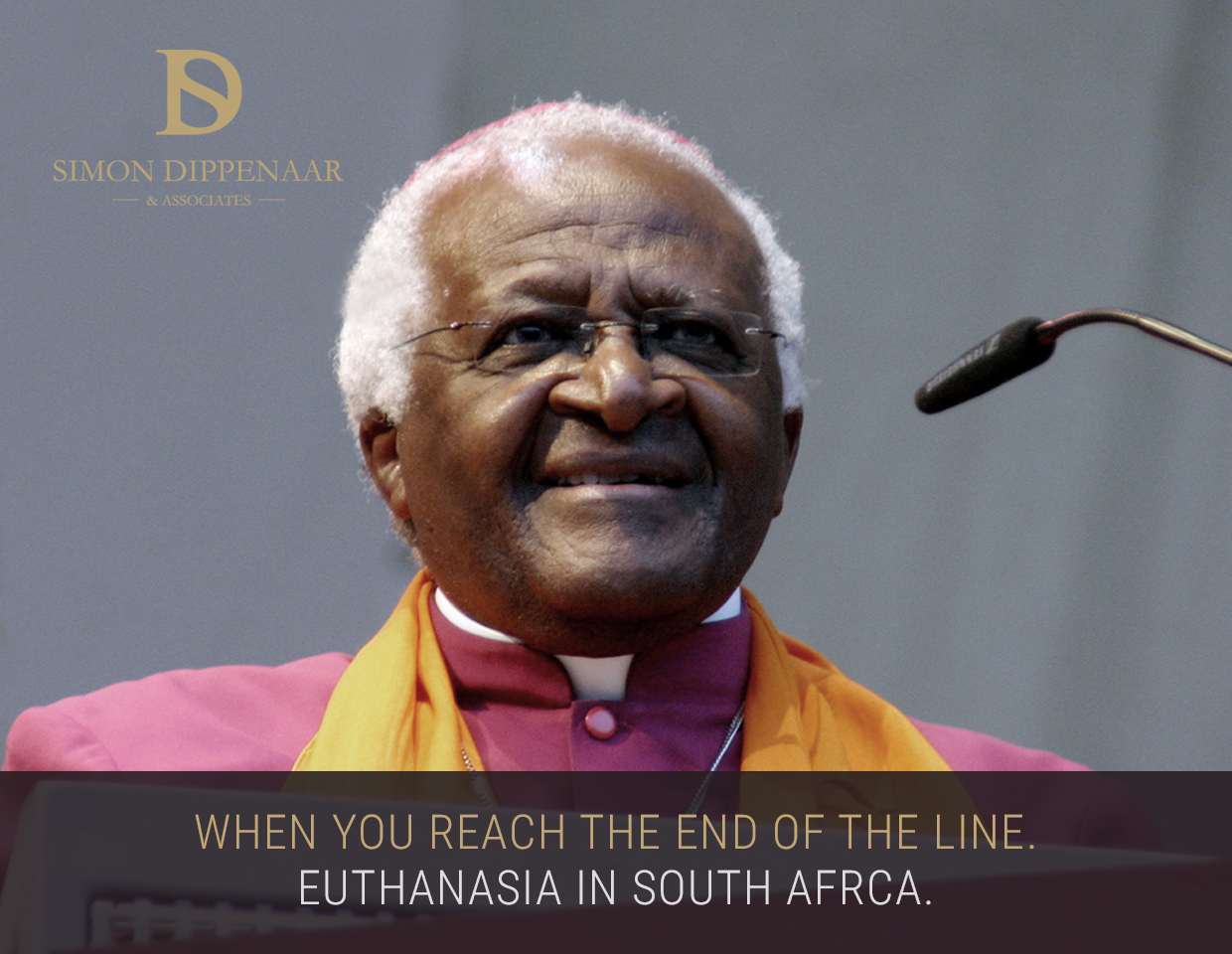 What is the most difficult decision you might ever have to take?

Archbishop Desmond Tutu has shocked the religious world … and others … by releasing a video supporting the right of individuals to an assisted death, when quality of life is gone, and asserting his own wish for that right. The 85-year-old, much loved ‘Arch’ has prostate cancer.

In the video he states:

“As a Christian, I believe in the sanctity of life, and that death is a part of life. I hope that when the time comes, I am treated with compassion and allowed to pass on to the next phase of life’s journey in the manner of my choice.”

Suppose you are faced with this decision: to end your own life or to end the life of someone close to you. Even if you are well informed there are medical, ethical, moral and legal aspects you might never have considered.

This article and the one to follow next week broadly outline some of the aspects to be considered.

Recent improvements in medical care – particularly palliative care – mean that there are ways to preserve life, to take away the pain and ease the last days or weeks. The costs can be extremely high and the emotional trauma to the patient and family takes its toll. The legal issues need to be resolved because, at this stage, the law is lagging behind medical science. Let’s look at the main actors in the debate:

Historically, the doctor’s duty has been to preserve life, and it is now possible to keep a patient alive long after the quality of life has disappeared. Should a doctor be punished for assisting someone to die when it is clear the patient has no hope of recovery and possibly a future of pain and discomfort? Suppose the physician then gives final medication, only to have the decision challenged later either by other physicians or the family of the deceased?

If the patient has indicated their wishes in a Living Will the doctor has an ethical justification for the decision: a court order provides some degree of protection. However, the doctor may not necessarily agree with the Living Will. It is important to discuss these matters with the people who are likely to be involved whilst you are still able to express your wishes.

What rights do you have if you believe you have a good reason to end your life? The South African Constitution allows a woman to decide if she wants to terminate a pregnancy but there are still plenty of legal and ethical questions to be negotiated if a person in the terminal stages of illness – and of sound mind – decides it is ‘time to go’.

If the patient is in a vegetative state or so ill that they cannot communicate, having the correct documentation lodged with the doctor and family/friends could save a great deal of anguish.

Family in all but name? What are the rights of unmarried partners?

There is little research on the rights of the partner when a decision has to be made on termination of life and the nearest and dearest is not married to the patient. The constitution prohibits unfair discrimination on the grounds of marital status: this includes a relationship that is to all intents and purposes a marriage, serving ‘a similar social function’ to marriage.

The best protection under current law seems to be a formal agreement between the two parties detailing what they want to happen before and after death. The document should be given to several carefully selected people – a doctor, a close family member or friend, and of course the other partner.

What is the “slippery slope” and is this a factor in the debate?

By introducing legislation to ease the path to assisted death, are we opening the door to uncontrolled euthanasia? Is it likely that premature death will become the antidote to expensive care?

Experience elsewhere in the world would suggest not: in countries where euthanasia has been legalised, there is no evidence to suggest that assisted death is out of control. On the contrary, palliative care has actually improved, particularly in Belgium and the Netherlands.

Of course, there must be checks and balances in place and the subject is still being debated in many countries, including South Africa.

The Draft Bill on End of Life was put to Parliament in the late 1990s but there are no signs that it will be passed into law soon, so South Africa presently has no legislation regarding euthanasia.

However, passive euthanasia under certain circumstances might be allowed in law. In April 2015 Robin Stransham-Ford succeeded in bringing a court case to protect the doctor who assisted him with a pain-free release from incurable cancer. (He died two weeks later.)

This is viewed as a giant step forward for the South African debate around euthanasia, but an appeal against the decision has been lodged. The Bill on End of Life, with whatever amendments are necessary, would solve these issues once passed into law.

If there are no instructions on record from the dying person/deceased, certain people (spouse, partner, major child, parent, guardian, major brother or major sister (in order of precedence) can take a decision on organ donation.

The situations you might face at the end of life need to be talked about openly and honestly with those close to you and the decisions reached should be recorded.

Next week we’ll discuss more aspects of this debate, including the Living Will.

This entry was posted in Euthanasia and tagged in archbishop desmond tutu, euthanasia, south africa.

Previous post:
« To legalise marijuana, or not to legalise? That is the question.
Next post:
Living Will – What should you do when ‘the end of the line’ draws near? »