Notice to South Africans: Please visit sacoronavirus.co.za for up to date information on the COVID-19 outbreak.
Blog | Abusive Relationships | ‘Calamitous’: domestic violence set to soar by 20% during global lockdown

‘Calamitous’: domestic violence set to soar by 20% during global lockdown

Data from the UN population fund, outlining increases in abuse, FGM and child marriage, predicts a grim decade for many women 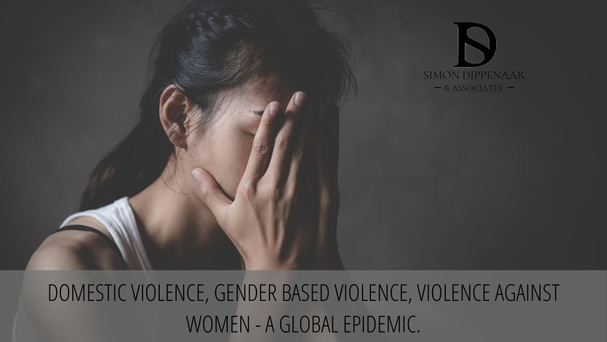 Domestic violence / gender-based violence / violence against women (VAW) – call it what you will. It is a global epidemic arguably worse than COVID-19, because there is no quick fix for it. Self-isolating and “social distancing” won’t cure domestic violence, and all over the world there is evidence that lockdowns are making it much, much worse. On the same day this article from the Guardian appeared in the morning, by the afternoon there was a further report from Spain of a woman killed by her partner, the 19th such case in Spain this year.

At least 15m more cases of domestic violence are predicted around the world this year as a result of pandemic restrictions, according to new data that paints a bleak picture of life for women over the next decade.

The UN Population Fund (UNFPA) has also calculated that tens of millions of women will not be able to access modern contraceptives this year, and millions more girls will undergo female genital mutilation or be married off by 2030.

Authorities around the world have reported rising cases of abuse as a result of Covid-19 lockdowns.

The figures, published on Tuesday by the UNFPA and its partners Avenir Health, Johns Hopkins University in the US and Victoria University in Australia, assume a 20% increase in violence during an average three-month lockdown in all 193 UN member states. The figures take into account the anticipated high levels of under-reported cases.

Researchers expect 15m additional cases of domestic violence for every three months that lockdown is extended. They also estimate that the disruption to violence prevention programmes because of the pandemic and the diversion of resources elsewhere could mean a third fewer cases of violence are averted by 2030.

Researchers also project that up to 44 million women in 114 low and middle-income countries will be unable to access contraceptives if lockdown and Covid-19 related restrictions continue for three months and cause major disruption to services. This would result in an estimated 1 million unintended pregnancies.

The International Planned Parenthood Federation has reported that more than 5,000 clinics have closed in 64 countries and Marie Stopes International predicts that Covid-19 restrictions on its services could mean 3 million additional unintended pregnancies, 2.7 million unsafe abortions and 11,000 pregnancy-related deaths.

The pandemic is also expected to derail efforts to end FGM. Researchers had expected the scaling up of FGM prevention programmes over the next 10 years would mean 5.3 million fewer girls being cut. This figure is projected to be reduced by a third.

Meanwhile the disruption to programmes to prevent child marriage will result in an additional 13 million children being married over the next decade.

World leaders have pledged to eliminate violence against women and girls, FGM and child marriage, as well as ensure universal access to family planning by 2030, under the sustainable development goals.

“It’s a calamity. Totally calamitous,” said Kanem. “It is so clear that Covid-19 is compounding the no longer subterranean disparities that affect millions of women and girls.”

She said the pandemic “threatened the gains carefully eked out” over recent years. “We are very worried indeed.”

She said UNFPA teams in the Arab states and east and southern Africa had reported that “people were rushing to marry their daughters” already, while deaths in childbirth in one east African country had tripled this year.

Wendo Aszed, the founder of Dandelion Africa, which runs economic empowerment programmes in Kenya’s Rift Valley, said it had been forced to reduce its mobile family planning services by 40% because of coronavirus restrictions.

“On a bad day we will have 300 people [attend mobile clinics]. Some days we get up to 700 people showing up,” said Aszed. “That has been really impacted. We cannot treat women in these places.”

She said that from mid-March to mid-April, more than 40 cases of violence have been reported to her organisation, more than the total number it dealt with last year.

“A lot more women are a lot more aware that they can report and can leave marriages,” she said. “Women are fed up and they are seeing opportunities. With Covid things could get a lot worse so they need to deal with this problem and then can deal with Covid.”

Traci Baird, president of EngenderHealth, said UNFPA had “put numbers to things that we have been discussing for weeks”.

“The magnitude of the problem is absolutely enormous and that should motivate and mobilise us to take action now and be prepared to manage and support countries, and partners and families, in catching up after.

“We know what works, we have best practices that have impact,” she added. “We have to do things better and faster and smarter. We don’t have time to do learnings and ramp up phases, or workshops and meetings. We have to get back to work.”

Don’t be afraid to ask for help

As family lawyers, we are very concerned about the levels of gender-based violence we are experiencing as a nation – both now during lockdown and at all times. We are also concerned that police and the authorities…including court officials…often don’t take emotional violence as seriously as physical violence, as we saw in a recent case that came before the courts in Cape Town. Emotional abuse is as damaging as physical abuse, and furthermore, often presages it. It must not be ignored or dismissed.

If you are worried about a friend or family member, or if you have concerns about the nature of your own relationship, this article will help you identify the signs of abuse. If you become aware of a neighbour in distress, call the police and report it. If you are frightened to remain in the home during lockdown, or if you need a protection order to keep you safe, contact Simon at Cape Town Divorce Attorneys on 086 099 5146 or email  simon@sdlaw.co.za.

« Don’t get locked up during lockdown
How much do attorneys charge for evictions? »