Hayi bo! Are we married or not?

Most couples know if they are married. They have held a wedding and invited friends and family, often at great expense. Or they have taken two witnesses and visited their local Department of Home Affairs for a simple ceremony. There should be no uncertainty about the answer to this question! However, we recently had a client who was sure he was not married to his girlfriend of many years, while she maintained they were married in terms of the Recognition of Customary Marriages Act 120 of 1998. This law recognises the validity of African customary marriages, provided certain requirements are met. 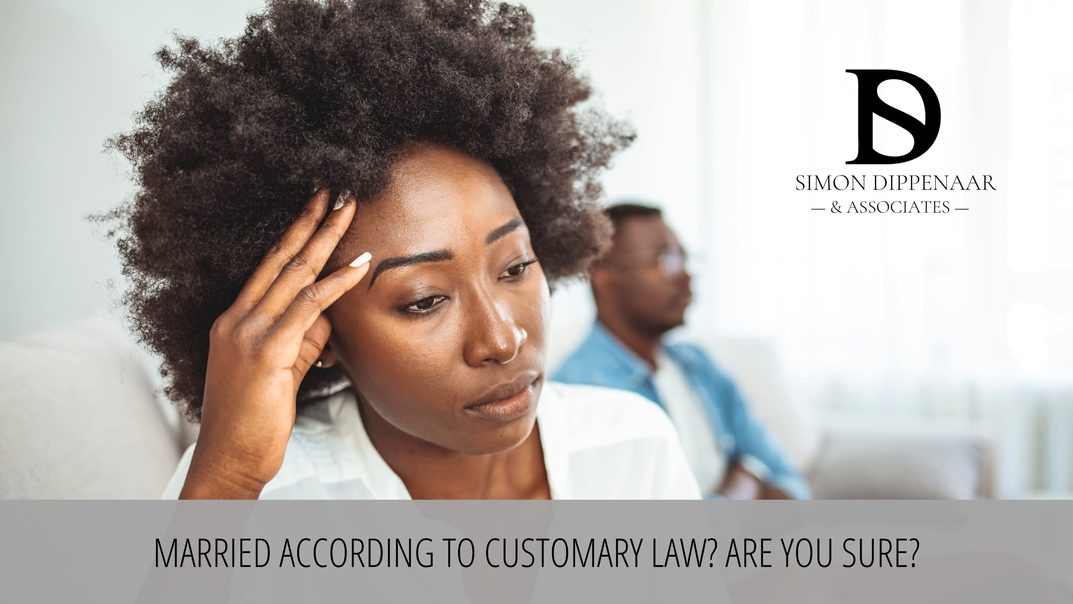 Their relationship turned sour after living together in his flat for a number of years. He decided to end the relationship and asked her to leave the flat. She refused, and he brought eviction proceedings against her. She opposed the eviction on the grounds that they had been married in accordance with Xhosa custom.

She then proceeded to the High Court to apply for an order declaring their relationship a valid marriage in terms Section 3 of the Recognition of Customary Marriages Act 120 of 1998. According to the Act, for the alleged marriage to be valid, the prospective spouses, at the time of the marriage, must both have been above the age of 18 and must both have consented to be married to each other under customary law. The marriage must have been negotiated and entered into or celebrated in accordance with customary law.

The woman was not able to prove that the marriage had been negotiated and entered into or celebrated in accordance with relevant customary law. Therefore, she was not entitled to gain financially from the breakdown of the “marriage”.

Parties married in terms of customary law must register the marriage with an RCMA registration officer within three months of the date of the customary marriage. This removes any uncertainty about the validity of the marriage.

Conversely, if you are living together as a couple but have chosen not to marry, it is a good idea to draw up a cohabitation agreement. Many people believe that if a couple lives together for a particular length of time, marital rights apply, sometimes called a “common-law” marriage. This is a misconception. There is no such thing as common-law marriage. However, the couple can draft a cohabitation agreement. This is a relatively simple contract that includes details of their assets, property and the financial contributions each partner makes to the joint home. It is valid when ratified by an appointed lawyer.

If the pair in this scenario had had a cohabitation agreement in place, the woman may have been entitled to a share of assets when the relationship ended, regardless of the couple’s marital status.

If you are in a customary marriage and are uncertain about its validity, or have any questions about it, Cape Town law firm SD Law can help. We can also help you draw up a cohabitation agreement. Call attorney Simon Dippenaar on 086 099 5146 or email sdippenaar@sdlaw.co.za for a confidential discussion.

This entry was posted in Cohabitation, Customary marriage, Marriage and tagged in divorce attorneys, Family lawyers.