Blog > Will > ConCourt to rule on ‘absolute right’ of inheritance 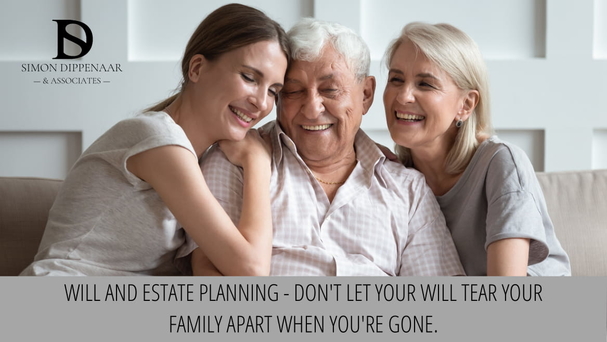 Freedom of testation – this article from Times Live raises an interesting debate surrounding the primacy of a will versus the constitutional right to equality. We await the Constitutional Court’s ruling…

Private wills – as opposed to charitable trusts – are considered sacrosanct, not only in South Africa but the world over.

As long as a person is of “sound mind” and not financially responsible for any minor children, they are legally entitled to pass on their assets to whoever they please and can disinherit on a whim.

But in a constitutional dispensation this is not an “absolute right” and must be balanced against equality, it has been argued in two matters that will now come before the Constitutional Court in February.

New Frame reports that one involves the inheritance rights of adult adoptees. In the other, five sisters have challenged a “males only” clause in their great-grandfather’s will.

Both challenges started in the Cape Town high court, but were unsuccessful. Then the Supreme Court of Appeal (SCA) failed to come to their aid. But the ConCourt has consolidated the two cases and directed the parties to submit arguments on why it should grant leave to appeal as well as the merits of both matters.

David Wilkinson and his sister Amanda Truter are from Port Elizabeth. Dulcie Harper, who was unable to have children, adopted them as newborns in the 1950s.

In 1953, before Harper adopted the babies, her father Louis John Druiff died. In a trust deed and will, Druiff left his estate in equal share to his four children and, on their deaths, their children.

Harper died in December 2017. She was the last of Druiff’s four children to die. Her death sparked a legal battle between Wilkinson and Truter and their cousins about who was entitled to inherit Harper’s share of her father’s estate.

The cousins, the natural children of Harper’s siblings, claimed that Wilkinson and Truter, as adopted children, were not entitled to the inheritance because Druiff only intended “blood descendents” to inherit.

Wilkinson and Truter argued that this interpretation was incorrect, resulted in unfair discrimination and was not in line with the “spirit, purpose and object of the bill of rights and the constitution”.

The appeal court judges were divided. Judge Mahube Betty Molemela said in a minority judgment that Druiff had used the term “any child”. There was no reason why this should lead to the conclusion that he intended to disinherit children adopted after his death. She noted that Druiff was aware, before his death, that Harper was considering adoption.

But the majority judgment, penned by judge Visvanathan Ponnan, highlighted the constitution’s protection of a person’s right to property, including the right to dispose of their assets as they wish upon their death.

“The fundamental question is the extent to which freedom of testation must yield to freedom from unfair discrimination,” the judges said. “Inroads into freedom of testation are not to be made lightly. No one has a right to inherit. The terms of the trust deed were certain and valid and not contrary to public policy at the time.”

“The net result is that adopted children are being discriminated against solely on the basis of their birth and status, which is a contravention of the constitution … There is no authoritative pronouncement on the issue. None of the authorities deal with private trust in the present constitutional dispensation,” they said.

They argued that the appeal court failed to take into account “radical developments of law” concerning adopted children and that “public policy” is not a static concept.

“Any finding which results in adoptive children not being on equal footing would today fall foul of public policy and the equality clause in the constitution.”

In the second matter, sisters Trudene Forword, Annelie Jordaan, Elna Slabber, Kalene Roux and Surina Serfontein claimed unfair discrimination after being disinherited because the will their great-grandparents drafted in 1902 specified that only “male heirs” could inherit their farms and other properties.

Their father Kalvyn de Jager died in 2015 having had only daughters. Their male cousins then laid claim to the properties, admitting that it may be “unfair discrimination” but that it is justified and “freedom of testation should take precedence”.

In written arguments, lawyers for the sisters said a will that is inimical to constitutional values, that is contrary to public policy, is not enforceable.

“While the law of succession offers a testator very wide freedom, this is limited by common law, statute and the constitution,” they argued.

“For example, if a property owner were to conclude a contract with an estate agent which permits the agent to only market and sell the property to persons of a particular race or gender, it stands to reason that such contract would be unenforceable on the basis of breach of public policy.

“If there is to be a blanket acceptance that freedom of testation trumps equality in all cases of out-and-out disinheritance, the result would be a ‘constitution-free zone’ created under the guise of freedom to testation.”

But lawyers for the cousins say neither the interim constitution nor the final constitution reaches backwards to invalidate actions taken before they commenced.

“It is significant that at the SCA, the counsel [for the sisters] had to concede that they are contending for a ‘world first’ in the sense that no foreign jurisdiction has outlawed discrimination in the form of out-and-out disinheritance in a private will.”

They also argued that this was not the case to decide a constitutional issue. “Over the past 117 years, the family has arranged their affairs in accordance with the will,” they said. “Some of the properties have been sold – it will be difficult to unscramble these transactions.”

They said their clients were not able to justify the discrimination because of the passage of time and that it was impossible to establish what benefits were distributed to females in lieu of property in the past.

“There is also the spectre of a Pandora’s box of litigation regarding private wills, in which the testators’ last wishes are second-guessed by a court, which might have little inkling as to why,” they said.

Let us help with your will and estate planning

Don’t let your will tear your family apart after you are gone. We are experts in Constitutional law and will ensure that nothing in your will contravenes the basic rights accorded to us in our Constitution. We’ll make sure your assets are distributed according to your wishes and in full accordance with the right to equality. Contact Simon on 086 099 5146 or email simon@sdlaw.co.za for a confidential discussion.

Will you secure your family’s future?

Not married – when the inevitable happens

This entry was posted in Will.

Previous post:
« When and how to sue a tenant
Next post:
Harsh Sentence for a Minor Crime »