Notice to South Africans: Please visit sacoronavirus.co.za for up to date information on the COVID-19 outbreak.
Blog | Cannabis | Cannabis – possession or dealing? There’s a big difference! 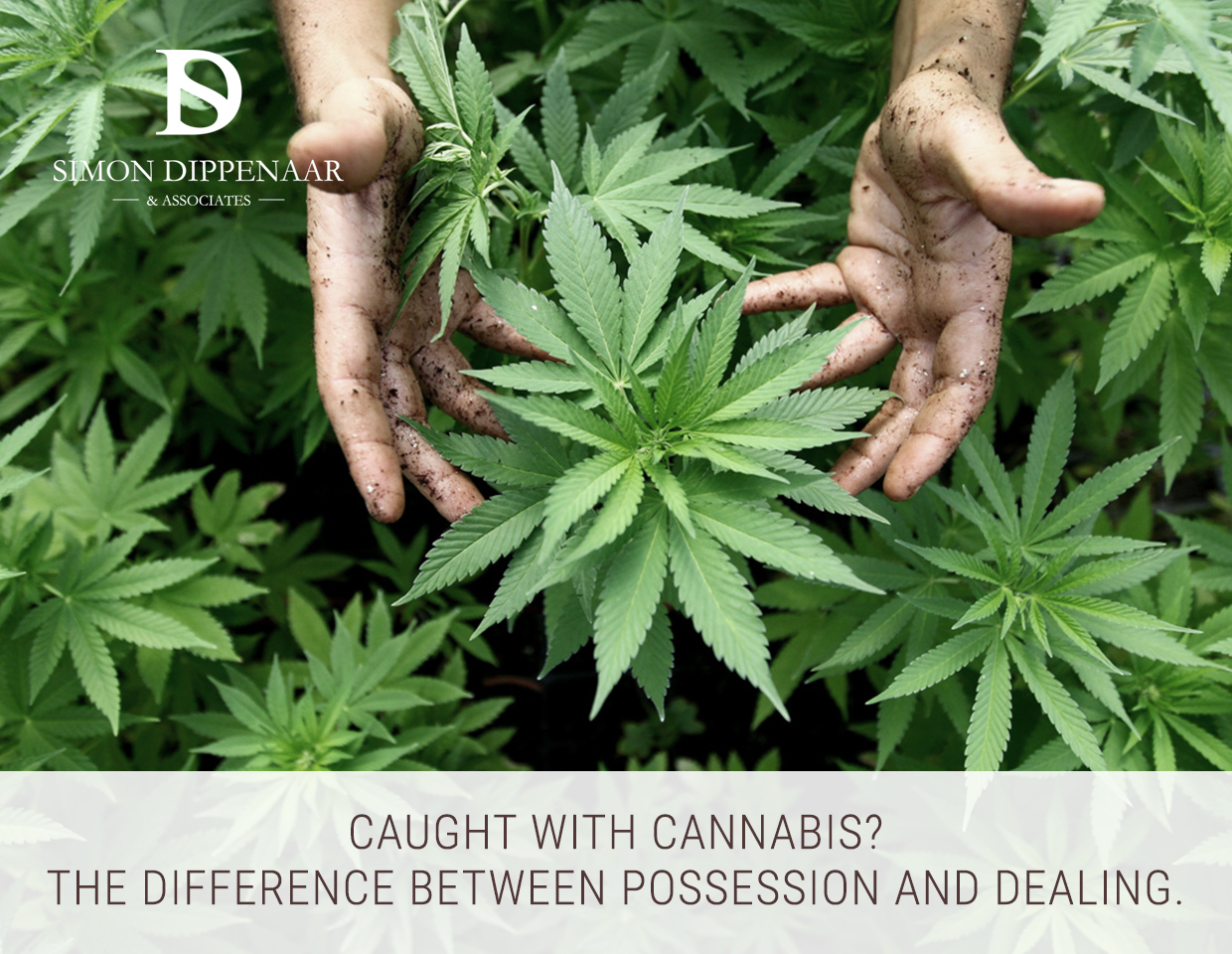 Cannabis – The seriousness of the crime and the sentence are much greater for dealing, but what determines dealing vs. possession?

Many of you may recall that last year the Western Cape High Court ruled that cannabis (dagga or marijuana) can be used by adults in the privacy of their own homes, and may be cultivated for private use (read more). This ruling was founded on the right to privacy. However, it did not decriminalise or legalise cannabis use. It simply allowed for the defence of privacy if charged with possession in your own home. If you are found in possession of dagga outside your home, you are still subject to the full force of the law.

But what is the law? Confusion surrounds the specifics of the offence of possession vs. dealing in cannabis. Here’s how it works.

How much cannabis is too much?

Possession of marijuana is illegal and punishable in terms of the Drugs and Drug Trafficking Act 140 of 1992. The amount of cannabis you can possess for your own use is 115g or less. Historically, quantity was the determining factor when an arrest was made involving cannabis – below 115g, the charge was possession. Above that quantity, the charge was the much more serious offence of intent to supply (dealing).

Recent cases have challenged the use of quantity as a simple measure of whether or not an accused is holding cannabis for personal use or for supply to others. The Constitutional Court has overturned the previous presumption that placed the burden of proof on the accused. What this means is that, in the past, someone accused of intent to supply, on the basis of possessing more than 115g of cannabis, had to disprove the accusation. Disproving anything is much harder than proving it, so it was often difficult for justice to be fairly served.

Now the State must prove beyond a reasonable doubt that the intention of the accused is to deal. A range of criteria is used to ascertain the purpose of the cannabis in question. For example, is there any profit involved? Someone could be transporting a quantity of cannabis above 115g from a source to a recipient, purely as a friend or conduit. If the go-between does not earn any income from the transaction, but simply transports the drug from one person and delivers it to another, it can be argued that he is not dealing, regardless of the amount on his person at time of arrest.

Of course the opposite can also be true. It is possible to be accused of intent to supply cannabis even if the amount held is below 115g, because the factors used to determine intention are more sophisticated. So breaking a large transaction down into small units will not protect you from a charge of intent to supply, if that is the true purpose of your possession of cannabis.

Possession of cannabis is a relatively minor offence. Punishment may include a fine and/or community service. Intent to supply – dealing, on the other hand, can be quite serious, potentially resulting in a custodial sentence. It is also a much more significant crime to have on record, impacting on future employment prospects. So the distinction between possession of cannabis for personal use and intent to supply is a critical one.

If you are found in possession of dagga, call Simon immediately on 087 550 2740. It is important to know your rights and have legal representation to ensure you are treated fairly and within the law. If you or someone you know has been charged with intent to supply and you need advice, call Simon now or contact us now.

This entry was posted in Cannabis and tagged in cannabis.

« Dagga – It’s now legal – The Con Court ruling explained
Cohabitation – What is it? »