Notice to South Africans: Please visit sacoronavirus.co.za for up to date information on the COVID-19 outbreak.
Blog | Bail | Help! There’s an arrest warrant out for me

Help! There’s an arrest warrant out for me

What to do if an arrest warrant is issued against you

If you are caught in the act of committing a crime, you will be arrested. At that point you need the services of a good bail lawyer. But what happens if an arrest warrant is issued against you? In this case you have not actually been arrested, but the threat of arrest hangs over you like the legendary sword of Damocles. What does this mean, and how can you go about having the threat, i.e. warrant, lifted? 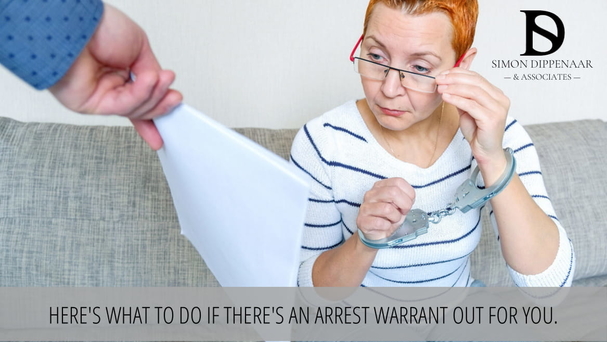 What is an arrest warrant?

A warrant for your arrest is issued if you fail to appear in court when you have been subpoenaed and are in contempt of court, or if you are in breach of a court order, such as a protection (or restraining) order. You will either be arrested if you do nothing, i.e. fail to rectify the contempt of court, or if you do something you are not supposed to do, i.e. try to visit or telephone the person you are restrained from having contact with. In the latter case the warrant will apply as long as the protection order is in force, and there is nothing you can do about it. The good news is…as long as you comply with the terms of the court order, you need not worry.

But if a warrant is issued for your arrest on the basis of contempt of court, you need to take action. Let’s look at the different scenarios that might arise and what you should do.

You missed a court date

You may have received a summons to appear in court, either for something you did (traffic fines, etc., which we’ll come on to) or to provide information, perhaps as a witness. Even if you have not committed an offence, failing to appear in court is in itself an offence. But life happens, and dates get mixed up, children get sick, the car breaks down, etc. If you miss a court date and subsequently remember, don’t sit at home and wait for a second invitation. Go immediately to the court and speak to the clerk of the court. The clerk will find your details on the system and refer the matter to the magistrate. Depending on the circumstances, the magistrate may forgive the oversight and simply set a new date for your court appearance, or they may issue you with a fine. Whatever you do, don’t wait for the police to appear at your door and arrest you.

The court will generally hold over a warrant for arrest for non-appearance for two weeks, allowing you a grace period to remember and correct your mistake. It will then be sent to the police station local to your address; and it will be the responsibility of the local police to carry out the arrest. This usually takes place early in the morning, if you are lucky, or late in the evening – times when you are most likely to be at home. If it comes to this, you’d better hope the knock on the door comes pre-dawn, so you have all day to sort out your bail. Otherwise you won’t be sleeping in your own bed that night! Much better to avoid the situation altogether. Rectify your error as soon as you become aware of it.

You have overdue traffic fines

With the use of speed cameras becoming more and more common, it’s possible to amass multiple speeding fines on a single journey. Maybe you ignore these when they arrive in the post, or maybe you mean to pay them and then forget. The parking ticket left on your windscreen may suffer the same fate. If traffic fines mount up unpaid, or if you ignore a single summons to appear in court, which may be buried in the small print of the ticket, i.e. “if you fail to pay by [date], you may be liable to a court appearance” (or words to that effect), a warrant could be issued for your arrest. You may not know anything about this until you are stopped in a routine roadblock and the police officer runs your driving licence through the system. Or you may be on your way to your dream holiday and detained when you present your passport at the airport. If either of these scenarios occurs on a Friday night, you know where you’ll be spending your weekend, and it won’t be a on a beach somewhere.

Historically, it was not possible to pay overdue fines in the usual manner – i.e. via the AARTO website. This has now changed. Perhaps due to the waste of resources spent bringing otherwise law-abiding citizens to court, in a country with a high crime rate and an overstretched law enforcement service, or perhaps in an effort to maximise revenue, AARTO now permits overdue traffic fines, along with the “admission of guilt” penalty, to be paid online. Note that this only applies to South African citizens and permanent residents with a South African ID number. If you are a foreign national, you must still pay offline. It’s not clear if overdue payments are accepted in the same way for non-South Africans.

Fortunately, you can also search for your fines on AARTO. Although there is some contention over the validity of a ticket sent by post, given our unreliable postal system and the lack of any proof of delivery or receipt, it’s not worth taking the chance. Being arrested, and needing the services of a bail attorney, will cause you far more grief and expense than paying your fines. After all, if you parked illegally or exceeded the speed limit, the fines are a reasonable penalty for breaking the law.

Breach of a court order

In this scenario you cannot act to remove the arrest warrant. The nature of a restraining or other court order is that you are allowed to move freely in society only so long as you observe the conditions of the order, which exist to protect an individual or the community against whatever threat you represent. Think of the court order as a suspended sentence. The arrest warrant will remain in place until the order is lifted or expires. But the solution to the arrest warrant is, in this situation, beautifully simple. Comply with the court order and you have nothing to worry about.

Don’t get yourself arrested!

There may be some scenarios in which an arrest warrant is issued against you, and you genuinely know nothing about it. You may have received a summons that you honestly misplaced and forgot, perhaps during a period of upheaval in your life. If you do get that pre-dawn knock on the door, or are detained in a roadblock, call us immediately to help you. But in the vast majority of cases, you can resolve the matter before it results in your arrest. Check your fines on AARTO. If you have any reason to suspect there may be an arrest warrant in your name, you can visit your local police station and check the register. If you miss a court date, go straight away to the clerk of the court to sort things out. Don’t let fines mount up or assume that the magistrate will forget about you. Neither will happen, and you will only make your situation worse by ignoring it.

If you are at all worried that there may be an arrest warrant pending against you, contact Simon on 086 099 5146 / 076 116 0623 or email simon@sdlaw.co.za to discuss your case in confidence. Cape Town Attorneys SD Law and Associates are experienced criminal lawyers who are available 24/7, 365 days a year. We won’t let you down.

This entry was posted in Bail, Criminal law, Protection Order and tagged in arrest warrant.