‘The level of violence against women is beyond just alcohol consumption,’ says Les Da Chef

When lockdown began and the alcohol ban was announced, we expressed reservations. While done with the best of intentions, we were not convinced it would curb the widespread incidence of domestic violence, despite the known links between alcohol and gender-based violence. It gives us no pleasure to be proved right. 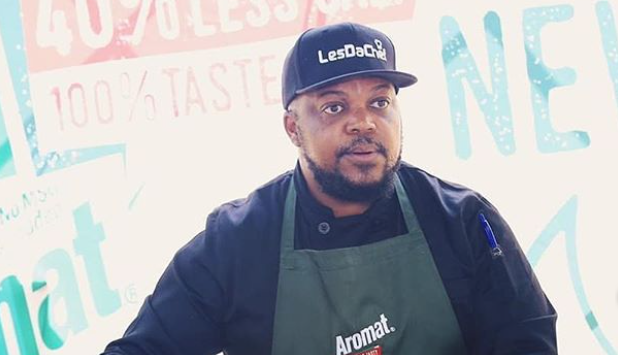 Lesego “Les Da Chef” Semenya has spoken out on femicide in the country.
Image: Via Lesdachef’s Instagram

Gender-based violence and femicide have dominated headlines this week after the deaths of Tshegofatso Pule and Naledi Phangindawo reignited calls for the government to take action.

Tshegofatso was found hanging from a tree in an open veld in Roodepoort on Monday after going missing last week. She was eight months pregnant.

Naledi was attacked while attending a cultural function over the weekend in KwaNonqaba, Mossel Bay.

The murders also sparked a debate on whether alcohol was to blame for the violence.

Lesego took to Twitter to claim that “the level of violence and hatred for women is beyond just alcohol consumption”.

He said that men around the world drink, but they do not murder at the rate SA men do.

“Men all over the world drink alcohol but they don’t go out and kill women on the levels we do in SA. The issue isn’t booze, this thing in SA runs much deeper and needs serious focus and strategy,” he said.

He called for a separate investigations unit to be set up to deal with gender-based violence.

“A separate section on the same level as the Hawks, independent from cops but legally backed by laws and government, solely focused on this issue. Where women will feel safe and know they will be heard. Where whistle-blowers will be listened to. We need proper structures,” he explained.

He also shaded the ministry of women, youth and persons with disabilities, asking what power it had.

SD Law is an outspoken advocate against gender-based violence and the toxic socialisation of boys in our society. We have helped numerous women escape controlling and abusive relationships. We can help you secure a protection order or escape a narcissistic partner. If you are locked down with an abuser or suffering violence or abuse of any description, even if you’re not ready to go on record, contact us today and we will help get you to safety. As family lawyers, the interests of you and your children are our first priority.

Contact Simon on 086 099 5146 or email simon@sdlaw.co.za to discuss your case in complete confidence. If you can’t get out, or prefer not to, we now offer online consultations. We’ll call you back, to schedule a meeting at a time that suits you, on the platform of your choosing

This entry was posted in Abusive Relationships, Gender-based violence, Protection Order and tagged in COVID19, lockdown, narcissist, no violence against women & children.

Previous post:
« Give responsibly – make sure your food parcels reach those in need
Next post:
Five urgent and effective measures to curb the abuse of alcohol »