Notice to South Africans: Please visit sacoronavirus.co.za for up to date information on the COVID-19 outbreak.
Blog | Constitution | 27 April – did you know these 10 facts about Freedom Day?

27 April – did you know these 10 facts about Freedom Day?

We celebrate Freedom Day every year – but how much do you know about it? 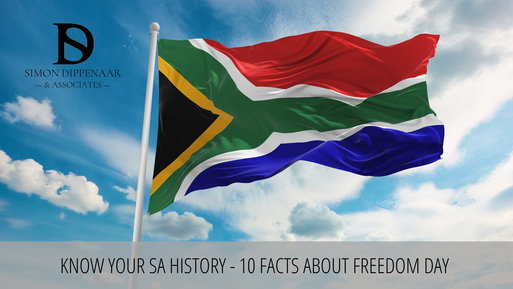 April is a wonderful month, packed with public holidays (especially if you count 1 May – Workers’ Day, although this year it falls on a Saturday so it doesn’t feel as much like a holiday). But how much do you know about the reason for the day off on 27 April – Freedom Day? Here are 10 facts about Freedom Day you probably know, and a few you might not, that explain why Freedom Day is so important to South Africans.

For advice on your rights

SD Law is a Cape Town law firm, also in Johannesburg and Durban, that is passionate about the law and about upholding the Constitution and defending human rights. If you have any questions about your Constitutional rights, give attorney Simon Dippenaar a call or WhatsApp him on 086 099 5146, or email simon@sdlaw.co.za for a confidential discussion.

This entry was posted in Constitution, Human rights and tagged in Cape Town Lawyer, south africa.